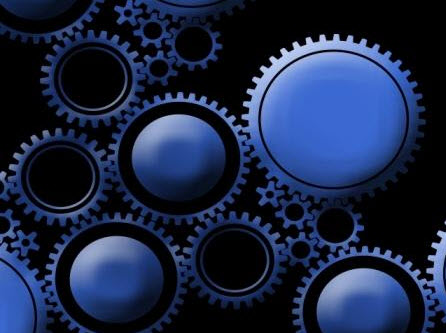 It’s unfortunate but not surprising that the majority of financial advisory firms have been badly caught out in the current marketplace with their old-fashioned, product-based pricing models.

A few of these unfortunate firms are proactively experimenting with new pricing approaches. The majority, however, are being reactive – not confident enough to tinker with pricing, they prefer to switch to an alternative product line (e.g. insurance) and wait for good times.  Both groups are considering cutting expenses, if they haven’t already.

Too few self-proclaimed advisory firms have been able to capitalise upon the mammoth opportunities for great advice created by the current market uncertainty. I can’t understand how an industry can try to masquerade as a profession, when such a fundamental tenet as its pricing is beyond its own control.

Those wanting greater certainty and pricing control of their firm (and their destiny) should consider establishing their own internal Pricing Committee.

This article discusses some of the considerations for the establishment and development of an effective internal Pricing Committee, based on our work assisting advice firms to build better pricing systems.

If advisers are not willing to be held accountable to a new Pricing Committee as it champions new pricing principles, all new pricing theories will come to nothing.

Changing the systems and processes for pricing advisory services is a never-ending journey, similar to the constant development of technology systems.

Don’t undertake a new path for better pricing if your firm is seeking the ‘silver bullet’ or ‘low-hanging fruit’ for immediate turnaround of fortunes. To paraphrase the inventor of the Model-T Ford – Henry Ford – the industry has a great opportunity to reposition itself in the midst of this uncertainty, but most advisers don’t recognise it because it’s dressed in overalls and looks like hard work.

The Pricing Committee’s most important role is providing overall authority for the firm’s pricing.  And – in much the same way as most developed countries rely on the separation of justice and state – if there is no separation between business ownership and the operational execution of a Pricing Committee, the Committee’s foundations are forever compromised.

The primary objective of the Pricing Committee is to ensure that the firm’s pricing funds the firm’s growth.  Marketing produces the prospects; pricing balances the demand with desired returns.

Contrary to popular belief, profit isn’t always the headline priority when determining pricing. Mix of work, building professional independence, and developing new areas of expertise and a balance of pro bono work, are some of other criteria required as inputs to decisions made by the Pricing Committee.

The Pricing Committee’s core work is developing and maintaining the firm’s pricing models.

Pricing models are the fundamental templates on which your firm’s pricing decisions and discussions will be based. A firm’s pricing models will evolve to become a vital component of its DNA. They represent the work necessary to deliver the firm’s core client offerings.

One firm’s pricing models may bear little resemblance to another firm’s pricing models.  Different sports coaches adopt different tactics and strategies to get their teams winning, too – it doesn’t matter. What does matter is the players’ discipline, application, practice, and commitment to execute.

A firm’s pricing models are important components of the firm’s intellectual property and should be as closely guarded as Coca-Cola guards their drink formulas.

Pricing models play a role similar to that of a gearbox/transmission in a car. The Pricing Committee’s work with the firm’s pricing models is akin to an engineer’s work of designing a car’s gear ratios to handle expected driving conditions. The pricing committee aims to continually maximise the firm’s effectiveness and efficiency via ongoing development of the firm’s pricing systems.

See Part 2 of this article for further information on Pricing Committees and Minimum Pricing and Quoting.