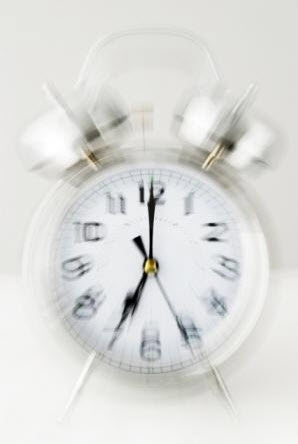 When Glen Penno and Scott Donoghue rang us for advice about pricing a job, they were feeling that all the hard work they’d invested in their new advice proposition and new pricing methods might have been a great big waste of time.

In just a few short hours, they were due to turn up for their engagement appointment with one of Glen’s clients.  Glen had promised to present the new fees, and now he, in particular, was backsliding.  He needed some direction regarding how to price, and he needed it quick.

He wasn’t panicking, but he thought the firm’s newly built pricing models weren’t going to work for these long term existing ideal clients. As his pricing frustration rose, his excitement about establishing a brand new relationship with them based upon his brand new value proposition was waning.

In fact, winning these clients onto a new pricing mechanism was going to be the kick-start for a much sought after momentum to transform many other similar clients throughout the whole firm. Up until this moment, he’d been excited that the impending meeting would be the breakthrough for which he, Scott and the whole firm had been working so hard.

However, he was having second thoughts about all the hard work undertaken to implement a new values-based review meeting process for existing clients. If the ongoing price would still be primarily based upon the quantum of assets under management, that effort would be wasted, but with only a few hours to get it right, it would be much easier to keep the firm’s old product based proposition and pricing.

But worst of all for Glen, if the future relationship and pricing for these clients wasn’t based on quality job he wanted the firm to provide, the results of the new review meeting process used in the meeting two weeks prior seemed like a cruel tease.  Everyone present at the meeting had experienced increased quality, depth, connection and real enjoyment from the new process, and it was also clear, from the recording of the meeting’s proceedings, that the clients, Bill and Dianne, had well received and accepted the firm’s new proposition.

The quality and depth of conversation achieved in that ninety minute meeting was a surprise for Glen, who’d felt he knew Dianne and Bill well beforehand.  Afterwards, he knew them even better, both personally and professionally.

Dianne’s enthusiasm was also clear on the recording.  A health scare the previous year had robbed Bill – her husband of 30 years and a former company secretary – of his numerical ability, and since then she’d been struggling with their financial responsibilities.

Before any workable terms of engagement letter could be produced, Glen first needed to understand that his resistance to new pricing should be expected.

Alarm bells and conclusion jumping are the perennial companions of any transformation anyone undertakes. The greater the expectation and transformation being sought, the greater the alarm bells. If you’re making your first real attempt at non-product pricing, the first signs of trouble should not be interpreted as reasons to put it off just because “these clients are a bit different from the new pricing model”.

The alarm bells had caused Glen to forget that core to implementing effective pricing of advice is appreciating that all clients are different and therefore it’s normal to expect variation of the pricing models that everyone had worked hard to develop. Fixed pricing only exists for firms that wish to sell cookie-cutter advice propositions, like McDonalds sell their hamburgers.

Dianne and Bill do what they say they will do.  They follow advice, do required preparation for meetings, turn up when expected, and don’t have unrealistic demands like some of the firm’s non-ideal clients. These are family oriented people seeking a simple financial freedom for their future, with Bill in premature retirement due to his health, and Dianne’s next ten busy working years and retirement.

It’s important to clarify in this second step that no-one is forcing an unwilling or non-ideal client into something wrong for them. The best definition of independent advice I’ve heard is when an adviser advises a client exactly as the client would advise themselves, if the client had the knowledge, experience, and commitment of their adviser.

Glen confirmed that his advice was appropriate and independent by our definition, and that Dianne and Bill fitted their ideal client profile.

The third step required to produce an appropriate price on the terms of engagement letter was the determination of value for Dianne and Bill. For two reasons, this is particularly hard when taking a new proposition to existing clients.

Glen and his team had to build a different proposition, not simply build upon the previous proposition, if he was going to position his fees and offer effectively.  He had to ‘park’ the products core to his previous year’s proposition because they were of minor consequence in his new proposition – the delivery of greater financial certainty in Dianne’s and Bill’s future financial lives.

Once Glen re-understood that his firm’s role was to remove and/or manage the complexities that were threatening Bill’s and Dianne’s financial certainty, he was back on track and using the newly developed pricing models to finish his terms of engagement letter for presentation to them in a just a few hours.

At the time of writing, their response is unknown.  What is clear, however, is that it would’ve been easier for Glen to say “too hard this time”, and charge as he had in previous years – on the percentage on assets under management. A little voice in his head tried to convince him that with markets on the recovery, these fees would be naturally increasing, regardless of the quality of his advice.

However, as is true for a growing number of advisers, Glen and Scott’s firm is built upon a new pricing integrity. Even if it disadvantages them, prices for their future ideal clients will be based on the value they deliver rather than the quantity of product sold. There’s no turning back for their ideal clients.

Great advisers will never cease to wonder about whether they pricing effectively. That’s natural.

Never turn your back on the quality of your proposition or the value of your advice. If you don’t stand for it, no-one else will, and your firm will become a casualty, right at a time when our clients are increasing their demand for great advice.