Commissions, rebates, and the Future of Financial Advice 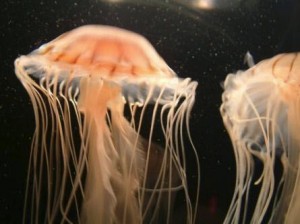 How would people feel if some of the money they paid when buying their house included a payment from the local government authority back to the real estate agent? How about if the payment was made not just in the year of purchase, but every year that person owned the house? And how would they feel if the more property that person bought, the bigger the payment made back to the agent every year?

In his letter to the Australian Financial Review – “Independent advice offers more” (AFR letters, 1 June 2011) – Peter Johnston makes some good points, but he also perpetrates the deep-seated product thinking which currently influences the distribution of financial products and advice.

Johnston argues that product commissions are bad, but platform profit shares or rebates are ok because they are “revenue-sharing based on volume in an administration service” and “do not compromise strategic investment advice”.

The long tentacles from the product industry that bore the emerging – but still fledgling – financial advice profession are resisting the leadership the government is showing with its proposed Future of Financial Advice reforms.

Groups such as Count Financial are openly circumventing intended new practices by shifting their practices to maintain their revenue flows. More fool us, thinking that intended reforms will be realised.

My kindergarten teacher taught us that you get the behaviours you reward. If side-payments of any sort between suppliers are allowed, the probability increases that the real customers of groups like Mr Johnston’s become the manufacturers, rather than mum and dad clients. In fact, most groups like Mr Johnston’s wouldn’t exist today, if it weren’t for the side-payments they receive from manufacturers.

Consumers deserve better value for the money they are paying. Until side-payments are disclosed to consumers in plain English or preferably banned completely, the emerging advice industry is not able to properly price its services on the quality of its advice, rather than on the quantity of product sold.