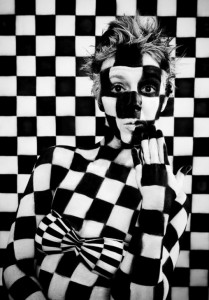 Whoever came up with the idea that selling work by the hour is a mark of a professional really should take a bow for being one of the greatest professional illusionists that ever lived.

I’m still amazed when I hear advisers confidently talk about how they quote a hourly rate for their advice to replace or supplement their former product-based ‘fees for service’ charging.

What rock have they been sitting under?

Where do you start with the reasons why not?

Jobs are performed by teams, hours are undertaken by individuals. Positioning a job properly on the outcomes being worked towards rather than the hours being performed takes the emphasis away from what the firm is doing to why the firm is doing it. As Simon Sinek eloquently reminds us, consumers want to engage with providers who best demonstrate WHY we are doing business together (i.e. getting clients closer to their outcomes) rather than WHAT we are doing. It also better allows advisers to position the team doing the job rather than reinforcing that they themselves are doing the work.

If all this success is due their personal efforts rather than the efforts of a well-run team performing jobs, they quickly fall onto a ever-accelerating treadmill that sucks all available time from all areas of their lives with promises of a professional garden of eden always just around another corner.

For many accounting firms, the attraction of adding a financial planning proposition was often driven to build an asset based (i.e. on-going) revenue stream that was independent of hours worked. If the primary motive was to better build a self-indulgent balance sheet rather better serve their clients, little sympathy should be shed for these firms as they now wonder in these tighter times why they bothered because their asset-placement planning divisions (NOT financial planning) haven’t performed since late 2008.

Little wonder why COUNT Financial is now selling out to Commonwealth Bank. Like Kerr Neilson picking his time to list Platinum Asset Management (listed for $5/share in 1997, peaked at $7.50 now around $4.00)  at the peak of the past boom, COUNT’s astute boss Barry Lambert also understands timing. (The probably end of product subsidies due impending Future of Financial advice reform next July was possibly another ‘little’ factor influence’s COUNT’s board to accept CBA’s $373million offer).

Firm’s that charge by the hour are valued at lower multiples (often less than one times revenue), are always pressed to find quality team members, and generally have multiple professional silos each one working to their limit and pushing to the ceiling of available hours.

Avoid this treadmill at all costs.

Build advice firms on the jobs done, not the hours worked, where satisfied clients pay annual relationship fees to overcome their on-going financial uncertainties. Considering the amount of financial uncertainty, these are the best of times to be doing so.