Falling for the new product offers from Super Funds? 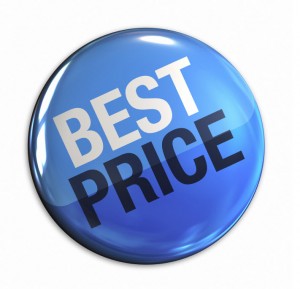 The big boys are getting more aggressive.

The Fin Review this week headlined with “Super Funds fight to keep members” (Stephen Shore Page, 7th December, 1 & 12) detailing how these giants will begin offering daily share trading facilities in their efforts to win back members leaving to set up Do It Yourself schemes.

Great financial advisers will be shaking their heads knowing these tactics are akin to letting the kids play with matches.

Wouldn’t it be novel if they actually countered the exiting members with an offer of better advice like the great work Bill Danaher is doing with great scalable advice at Qinvest?

But their research convinces them that Australians only see advice as being worth about $300. It’s obvious that they are in the business of getting bigger.

The reason Australians are flocking to self-medicate in their own Do It Yourself fund is primarily because we don’t have a trusted advice profession. Putting time-poor, expertise-poor, technically-inexperienced, subjectively driven Australians in charge of their own financial destiny is about as smart for our nation’s long term prosperity as giving the kids a box of matches.

Before I hear a complaint that they have little choice as their advisers could also be tarred with the same brush, I would agree. But, this is changing and great independent advisers are becoming more prevalent (don’t be fooled by their self-labelled fee for service). However, I would have hoped for more leadership from our industry giants to better serve the common good rather than their business plan targets.

Do the industry funds care? I don’t know, but it seems they just want to accommodate. According to the Fin Review, DIY funds are the fastest growing sector in retirement saving with 20% annual growth (up to $AUD322b in June 2009).

Give the clients what they want rather than what they need which is great advice to remove the uncertainty in their quest for their life’s financial goals.