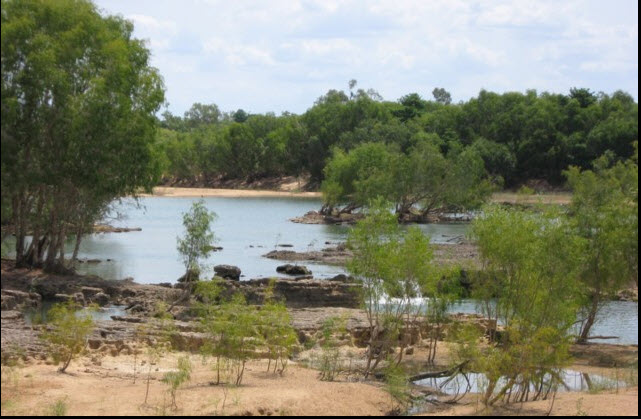 The Yir-Yoront were a nomadic mob of Australian Aborigines settled around the mouth of the Coleman River on the west coast of Queensland’s Cape York.

When missionaries settled on the nearby Mitchell River in the early 1900s, the Yir-Yoront people were forever changed.

Prior to the arrival of the missionaries, the stone axe played a significant role in the mob’s culture.

There were many rituals, customs and values surrounding the role of the stone axe.

The axes created long-established trading relationships with neighbouring mobs essential for the axe’s source materials. Cultural ceremonies highlighted the trading season.  How and who made or maintained the axes was significant. Who ‘owned’ the axe and how family clan members gained access to the tool for the myriad of functions others were allowed to use in their daily lives while some functions, such as honey-gathering, were only reserved for the elders.

When the missionaries arrived, they introduced steel axes.

The consequences were staggering for the Yir-Yoront mob.

The mob’s elders no longer governed the use of an essential day-to-day tool.

Anyone who had favour with the missionaries secured a steel axe. The long-held links to traditional trading partners and trading ceremonies were weaker. The compacts between clan members built upon respected interdependencies were stretched or torn. The daily advantages gained by the steel axe in food gathering, camp maintenance, and fire-building created new rivalries.

While Europeans saw the introduction of the steel axe as beneficial, the axes helped undermine traditional cultures, ideas, sentiments and values. Considering how quickly the Yir-Yoront culture was impacted, the resulting cracks in customs and values accelerated a cultural collapse built up for centuries.

I was introduced to the Yir-Yoront tragedy in Everett Rogers book Diffusion of Innovations.

Rogers referred to the steel axe as a technology.

He cites unintended consequences of change usually come from a misunderstanding of the meaning of change rather than the form or function.

The AFR’s Jennifer Hewett analysis of AfterPay’s $39B script takeover (paywall) provides some of the meaning of the ‘Steel Axe’ reality racing towards financial services. Essentially the global forces focused on e-commerce has regulators, banks, investors, competition watch-dogs, and fintech entrepreneurs struggling to keep up.

As Hewett suggests, it’s not just the staggering flows of money on different financial platforms. These new financial players (Apple, Visa, Paypal, Square, WeChat, AfterPay) have data analysis in their DNA. Combining oceans of transactions with data analysis will act like a Steel Axe cutting into everyone’s current day job.

The invasion of the financial data specialists will change and probably undermine financial services cultures, ideas, sentiments, values and profit-making.

The invading financial data specialists will settle among us for good.

For any advisory firm preparing for a post-Covid-19 recovery, if you haven’t already started your plan to find a firm and valuable forward path for non-product advice, I’d advise you to find it now.