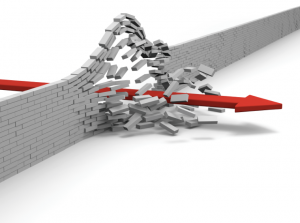 Another bank is exiting wealth.

Saying his objectives are all about simplification, NAB CEO Andrew Thorburn used unsurprisingly similar language to ANZ’s CEO Shane Elliott nearly two years prior when he too concluded that they really did not understand advice enough to make money.

Firstly, I reckon the most penetrating mechanism used by the institutions to ensure their advisers align, love and use their products – their guaranteed “buyer of last resort” (BOLR) valuations – will collapse.

The institutional actuaries who created these misnomered buy-back schemes decades ago surely deserve a spot on the podium once all the finalists are selected by Justice Hayne in the best of rent-seeking awards found during his royal commission.

Provided certain incentives were achieved (i.e. an allegiance to bolr-provider products) the institutions cleverly offered to buy-back client bases at inflated valuations when their ‘adviser’ wanted to call it quits.

The brilliance of the scheme was that the institutions were well-aware they could on-sell any bought-back clients to their next graduate or recruit who was eagerly seeking guaranteed trailing income for their growing advice business. The new recruits may not have known it, but they too were guaranteeing that they would repeat the career of those that went before them by also taking up the same buy-back scheme.

Less wonder why approx 80% of Australia’s advisers are ‘aligned’ to the big institutions.

Understandably, these schemes have long stunted much of the entrepreneurial spirit required to build alternative non-product advice offerings.

When you could be guaranteed your own buy-out amount, regardless if you ever made a profit, who in their right mind would not want to be part of that?

Possibly maybe professionals who wanted to act in the best interests of their clients?

Despite protestations from Westpac’s CEO Mr. Hartzer saying Australians need his bank for cost-effective advice, I reckon one of his successors will follow ANZ, NAB, and soon to be CBA’s move out of advice and eventually sell or separately list their BT operations.

The Four Generations of Advice

My biggest prediction following the exit of banks from advice is the spread of a new generation of advisers that will take the wide open space in which more Australians will be looking for a fairer go and value for their advice fees.

These advisers are the fourth generation of adviser.

A quick bit of history…

They were proud to be called ‘agents’ and had no qualms selling and representing their company’s products.

They knew their local communities as well as they knew their products and provided a valuable service. Like the local car dealers, real estate agents and out in the bush, the stock and station agents, these first generation advisers played a vital role for the communities they lived alongside.

As the institutions pursued growth and staggered through de-mutualisation, takeovers, mergers, or listings their executive pool were fast changing. The new talent had less agency background and saw bigger opportunities in the expanding financial services marketplace fuelled by compulsory superannuation, timid compliance, and bullish beliefs in their potential.

The second generation of advisers started to emerge in more numbers at about the same time as AMP’s Trumbull departure back to his USA with a huge payout.

They offered a seemingly wide choice of a variety of products offering ‘independence’ (long before the use of that word was banned) with small finer print requiring all purchases to be on a specific platform.

These second-generation advisers understood that they only needed to collect a small percentage of every dollar from every loan, every superannuation balance, every investment dollar for everyone of their clients, every year and bob’s you’re uncle – every year the renewal dollars rolled through and it was happy times for the rest of their rent-taking days.

Second generation advisers made (and still make) lots of money from the little bit of every one of their clients’ money they ‘manage’ on a platform, regardless if any ‘advice’ was ever provided.

You might have read about them recently about this?

It’s called the Fee for No Service Report?

If that wasn’t interesting enough, consider the third generation of advisers who sought an even bigger game.

These ‘advisers’ started to aggregate the growing platforms of second-generation advisers.

These ‘advisers’ figured out that banding together lots of second-generation advisers they could achieve ‘buying power’, buying more financial products (i.e. funds) at even lower prices. But better still, if they rallied enough second generations together, they could look at some ‘serious’ money due to possible ‘liquidity opportunities’.

That is, they aggregated together to get someone from one of the big is better institutional puzzle-palaces with a big chequebook with incentives around returns on equity, growth and market share to handsomely pay more than most could ever dream for all those aggregated revenue flows.

They made more money than they ever could just seeing clients, but maybe that’s just what they always wanted to do anyway?

The institutional actuaries were belting the living daylights out of their calculators in the growing excitement as they modelled probably forecasts of forwarding cashflows projections of superannuation growth, adviser growth, funds growth and their growth.

But now, ANZ, NAB and soon CBA are spoiling the party by saying they are not planning on supporting advice distribution.

So, thanks to those decisions, Australians will now, at last, experience the advice they always assumed they were getting.

Advice paid for and valued purely on the quality of advice.

Whilst the world does still need product people, fourth generation advisers don’t get paid by product, platform or even hourly rates. They get paid a year at a time entirely on the quality and value of their advice.

I predict fourth generation advisers will flourish in the space vacated by the institutions. So too will many accounting firms who were either burnt by early generations of advice or just could not reconcile the product model.

The exit of the banks from wealth advice is the catalyst for the separation of advice from product – it’s the equivalent of the cracking of the Berlin Wall.

The Berlin Wall of advice is crumbling…

I predict the east-meeting-west equivalent is when financial product is finally separated from financial advice.

It will be awkward and different at first without the banks in advice,  but if you could imagine what a major hospital would be like if owned, operated and supplied by one drug company, you might get a bit of an idea of what has been masquerading as financial advice from the banks and institutions for too long.

Within the old Berlin Wall, the banks, institutions and superannuation funds (don’t start me) confused the hell out of the Australians. On the one hand, we were forced to save for their retirement by government decree but were also forced into products with their many on-going fees and charges with little ability to determine value.

I predict a significant uplift in the number of self-licensed advisory firms as more Australians realise their former ‘comfort’ thinking there were dealing with a bigger firm to protect their savings, was misplaced.

The institutions weren’t offering a safety net, just the opposite.

Truth is coming out…

The truth is eventually told.

Australians are sick and tired of being slugged every day via their loans, superannuation balances, investment amounts for advice they don’t get, don’t value and didn’t ask for. The institutions offering advice were always part of the bigger problem, not the solution to why most Australians couldn’t afford advice or were not living their best possible financial lives.

The majority of Australians will be better off without the institutions in the advice market.

These are the best of times to be building professional advisory firms.