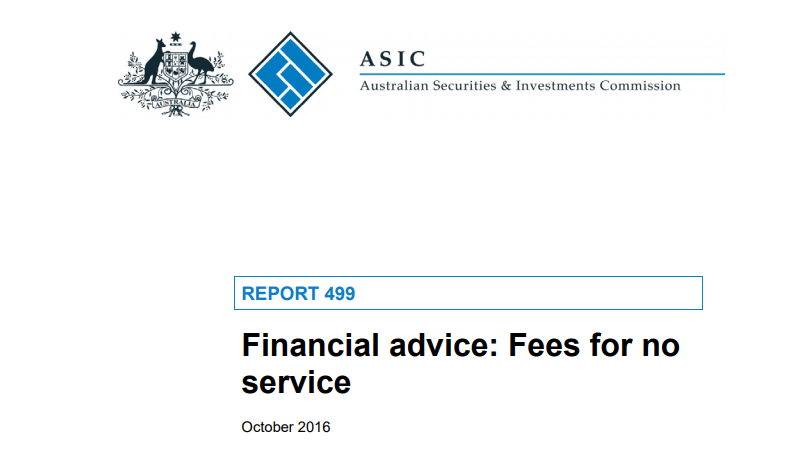 What do the behaviours of Melissa Caddick, Bernie Madoff, and Sam Henderson have in common?

Justice Kenneth Hayne used the same word when tabling the final report of his Royal Commission into the Banking and Financial Services industries in February 2019.

Despite one of the Royal Commission’s strongest recommendations being that all conflicts should be eliminated rather than managed, the industry’s foundations that allowed the Caddick’s, Madoff’s and Henderson’s greed still thrive today, albeit with more paperwork.

These foundations are client ignorance, transparency and the misuse of percentages.

Of these, the match that sparks much of the greedy inequalities in financial services today are those seemingly small innocuous percentages at the very heart of most adviser-client relationships. By not separating the delivery of advice from the delivery of product, Justice Hayne failed to bypass this systemic blockage hindering Australians ability to obtain valuable financial advice.

The vast majority of advisers are not Caddicks, Madoffs or Hendersons.

But clients need more than the mountains of compliance-looking paperwork, as evidenced by Caddick’s attention to detail, to better determine whose interests are really being served.

Ignorance, transparency and percentages are strong forces acting upon every object within the financial services universe, especially clients.

Four years before Justice Hayne’s Royal Commission a ASIC Deputy Commissioner, Peter Kell, spoke to the delegates of the 2015 AFA National Adviser Conference in Cairns, saying that “we’d all be kidding ourselves, if we thought that industry problems were the result of a handful of rogue advisers”. Kell’s speech was one of the first from regulators acknowledging that these issues were systemic and structural rather than simply greedy behaviours of an isolated few.

Deep within Australia’s Corporations Act – Section 766b sub-clause 3 – the best the legislation can do to define the term “personal advice” is as “financial product advice intended to influence decisions about a financial product” — not the exact wording, but words that imply financial advice and financial products to be the same offering.

It seems that ignorance extends to law-makers.

Ignorance also leaves doors wide open for eager financial product and service providers to enter the percentage game. That is the game where providers use seemingly innocuous percentages to make their fortunes off the fortunes of those funding the game – clients.

The systemic use of on-going percentage-based fees to pay for ‘advice’ have been repeatedly exposed as the ever-spinning cogs creating ridiculous business valuations and promising renewal incomes for advisers regardless if services were provided or not. These conditions are still making mortgage brokers richer for less effort every year a loan remains in force.

No amount of additional compliant paperwork or qualifications will address the systemic forces while financial products and financial advice are considered to be synonymous.

Despite the endless enquiries, their headlines and promises of reform, the conditions supporting the gravy train is just too alluring for entrepreneurs seeking to serve their own interests before the clients they profess to serve.

Consider a new service from a group called Remediator.

Remediator promises to refund anyone eligible for a possible refund from the swelling $3.55B in remediation owed to many Australians following the Financial Services Royal Commission.

The offer is compelling.

But like others operating in the financial services universe, the industry’s deep-rooted and systemic foundations of percentages and ignorance are central to their proposition.

Any Australians seeking entitled remediation by any financial services provided already has access to a free-service run by the Australian Financial Complaints Authority. The Authority has been established specifically to ensure what is owed to Australians is paid and any mis-selling of products is rectified.

Remediator, however, relies upon ignorance and percentages to charge their clients 20% of the refund obtained. Using the same conflicting remuneration models that Justice Hayne insisted should be removed, not just managed, is more evidence of entrepreneurs paying lip service to transparency using other people’s money as they place their profits before the people they serve.

At the very least the service should be offered as a flat fee if people have genuine reasons not to use the freely available service.

Despite the multitude of enquiries, regulatory changes, excess paperwork and scathing headlines, Australians are as confused as ever regarding their best financial lives as are the majority of existing advisers frustrated by the foundational and systemic factors blocking real progress that will allow the majority of Australians access to valuable financial advice.

The power of the incumbent product-based paradigms deliberately obscure the obvious approach.

Buddhist writings quote the opposite of greed as generosity.

Releasing the hold and reversing the power of today’s foundations will require two forms of generosity.

Generosity firstly from advisers by separating the remuneration from products and advice while still fulfilling the financial best interests of their clients, especially those interests clients may be ignorant of, but are considered consequential, as they seek advice to advance their financial lives.  The adviser’s leap of faith requires a trust that percentage-free advice that truly addresses their client’s ignorance, while managing their best options and financial consequences of significance will be valued.

As we see every day among our own Certainty Advisers, the second generosity will come from clients who genuinely value unconflicted relationships that is not based upon product performance or hours worked, but on the very core of what is of most value to each of them individually.

This is the future of financial advice. A percentage-free, more transparent and less ignorant place.