A hope too high for FASEA? 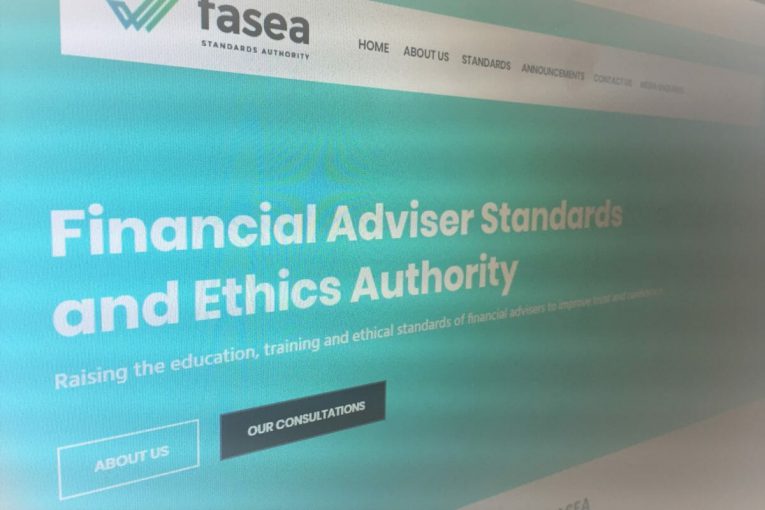 Have you heard of FASEA?

It’s creating significant new regulations for planners and as expected, creating a stir in the financial services industry.

At a high level, it makes sense to welcome regulations designed to ensure better alignment to upholding and delivering advice that meets our client’s best interests.

However, the problem with high-level perspectives, when flying with the eagles, so to speak, is the reality down at ground level – i.e. where the chickens peck out their daily existence – can be worlds apart.

Thus causing much consternation as being reported in many of the industry headlines.

What route is FASEA suggesting we take?

Their November 2018 Standards Summary makes it clear in the first sentence of FASEA’s primary responsibility – the implementation of Corporations Amendment (Professional Standards of Financial Advisers) Act 2017.

Technically this is an amendment to the vast Corporations Act 2001.

The Standards Summary highlights the requirements for all new and existing advisers who need to attain the FASEA-approved university degrees or equivalent qualifications, undertake new professional years and comply with new continuous professional development guidelines.

However, considering the chicken and eagle’s viewpoints, who is it intended to apply to?

The eagles would say, (and that’s most of us time-poor, big-picture types) it applies to anyone giving financial advice.

These clauses deep within the Corporations Act legislation aims to define the term “personal advice”, which is an important detail as the term is throughout the relevant sections of the Act.

In typical legal wording, it defines “personal advice” as “financial product advice intended to influence us to make decisions about a financial product” — not the exact wording, but words to that effect.

Before concluding FASEA is designed for anyone recommending a specific financial product (such as where to invest our superannuation or which shares to buy, or what insurance is right for us), the guidelines set out in Corps Act 2001 Sections 762 and 763, also suggest that any ‘arrangement’ where financial investments, insurances or other payments are made is also considered a financial product.

Let’s come back to that question.

So, it seems, everyone in financial services is affected by FASEA.

What does this mean for your adviser?

The amount of extra work will depend upon how ‘approved’ your adviser’s current experience and qualifications are as judged by FASEA.

It is these advisers, rather than new entrants who have a pretty clear FASEA qualification path, whose experience and qualifications may have been re-assessed by FASEA. Some of the qualifications of experienced advisers may not be recognised in the 2024 requirements. These are the girls and guys who rightly feel most ‘caught’ by FASEA’s new approach.

The eagles among us may say ‘tough luck’.

The industry is obviously in need of reform, the headlines have been proof enough, and everyone will be better for it long term. It’s a small price to pay to get the more qualified and ethically trained advisers we all deserve.

The chickens, who for years have been pecking their becks off balancing the day-to-day compliance demands alongside the delivery of value to their clients, might see it differently.

Some view the forward FASEA approach as not dissimilar to paths they were taken down post-Financial Services Reform (FSR) Act 2001, which heralded a new era of advice licensing and compliance, pursuing similar goals to those outlined in FASEA’s Standards Summary.

The financial services industry has long argued that FSR’s compliance focus and paperwork legacy of Product Disclosure Statements, Statements of Advice and Financial Services Guides have stolen vast hours away from the delivery of their valuable advice due to the stringent management and policing of compliant paper trails.

Whether these claims are true or not, it is obvious FSR did not prevent the need for the 2009 Ripoll inquiry, the 2010 Cooper Review, the 2012 FOFA Legislation, the 2014 Murray inquiry, the 2015 Trowbridge Report, or last year’s Royal Commission into Misconduct of the financial services industry.

Will FASEA be the game-changer?

The traditional agenda holders – the banks and other major financial institutions – had reputations smashed, had to hire extra security at their annual general meetings, and suffered the indignity of the fundamental strategy being thrust upon them publicly causing them to dump executives and quickly exit sections of the industry.

All due sentiment from the power and influence of Justice Hayne’s work.

While FASEA is not intended to be as influential to policy or sentiment as Justice Hayne’s work, it has the ability, as did previous reforms, to instil a powerful change for the long term.

Will FASEA be a game-changer?

Will the effort made by existing advisers and new entrants provide better outcomes for Australians?

There’s a clue in the 57 pages of legislation within Corps Act 2001 (i.e. Part 7.1 Division 2-5 to be exact) which is required to define what a financial product is, what a financial service is, and what isn’t.

Professor of sociology at New York University, Steven Lukes, might suggest the FASEA Board be wary of what he refers to as the third dimension of power – that is when our decision-making becomes implicitly compliant due to the powerful and natural context we have about how things have always been done.

If our Corps Act needs 57 pages to explain what is advice and what is product, while still treating both as the same, is it not clear enough to see FASEA is potentially strengthening the product-dominance of financial services rather than reducing it?

Do we not wonder why inquiry after inquiry we continue to stumble into more unacceptable non-best interest advisory behaviours?

Consider the value of the advice and support that stops a couple continually arguing over their financial affairs?

Consider the value of the advice and support that provides the required confidence when we are facing real but steep financial steps to achieve our meaningful dreams or overcome significant hurdles?

Consider the value of the advice and support when our aged loved ones require tough decisions while they are still capable of making them?

Consider the value of advice that curtails a debt-deniers credit card spending?

None of this advice may require a financial product.

All of this requires experience.

Some of which doesn’t intend to be around after 2024.

The eagles would say, that’s all general advice and possibly excluded.

However, the chickens know without the finer detail, without the deeper relationships, without the proven trust and experienced conviction, general advice is easily watered down to a series of motherhood statements.

Until the third dimension of power is challenged – i.e. the separation of financial advice from financial product – we may not effectively address the cycle of inquiries and ever-increasing product-based distribution regulations.

The delivery of advice needs strong, robust regulations which the legislators drafting our Corps Act have always intended to provide.

After 21 years of needing clear advice about our compulsory super account, we are still starting our debates, our thinking, and our legislation governing financial conversations, with products, rather than advice.