How about we regulate the price of financial advice? 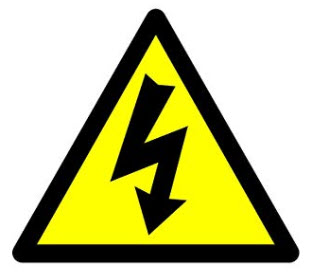 Paying for financial advice is like paying for electricity.

Yes, according to Alan Kohler, Editor-In-Chief at InvestSmart.com.au.

Alan knows a thing or two about investing.

His web page offers lots of investment options with a who’s who of experienced people involved. He has written for years about investing while informing and campaigning for reform for Australia’s investors. He also very successfully sold his Eureka Report to News Corp in 2012 for $30m.

Aside the framing bias from his electricity analogy, the idea may gain momentum.

Simplicity might be a benefit. Providing a default fee might work for those of us who like the signs outside petrol stations advising of the day’s rates to fill up.

Regulated pricing will probably drive greater competition between superannuation and advice providers. The resulting price war will inspire a race to the bottom accelerating inevitable consolidation. Has this been a bad thing for our supermarket chains?

Alan’s world is full of investors and investments.

The sale of his Eureka Street in 2012 and subsequent move from an ‘independent’ to a supplier of investments backed by News Limited is a successful progression – but herein is the basis of his potential confusion and Achilles Heel of this argument.

Alan, like many in the financial services industry, has an understandable bias that might suggest anyone with a superannuation balance is an investor needing suitable investments. This may be the nub of his confusion.

In the same newspaper on the same day as Alan’s article were advertorials and genuine journalism about exchange-traded funds, listed investments trusts, the latest business rock-stars – a credit-provider called AfterPay, and new funds offering ‘bonus-loyalty-reward-benefits’ for initial investors.

Like tipsters scanning the weekend’s racing lift outs, these pages are written primarily for the financial enthusiasts or those like me working in the industry.

However, for most Australians with superannuation; the mums and dads, the employees or business owners, the retirees or self-employed, would not label themselves as investors.

For most Australians, superannuation is something they find themselves forced to manage over a lifetime of working and retirement. Advice, on the other hand, is an afterthought until they feel compelled to make decisions with significant consequences, from a multitude of options while unsure who to trust.

Alan is potentially right to suggest that for some seeking advice, access to cheap, regulated advice is worthwhile. However, there is probably a majority who wish to make decisions of significant consequence not based upon the cheapest price, but on the best price which provides most valuable outcomes.

Financial products such as superannuation and financial advice are NOT part of the same coin. However, due to the product origins of financial services, the mindsets, structures and regulations within the industry are based upon this belief. It is this fundamental belief that fuels the “scandal – reform – regulation” cycle causing most Australians to view financial services suppliers as all being one and same in ideology, product-pushing and profit-seeking.

Even the eminent Justice Hayne missed the grand opportunity to recommend that product and advice can no longer be considered the two sides of the same coin.

His final Royal Commission report failed to recommend it become law that a financial product recommendation is NOT the same as financial advice which would have disrupted the entrenched “scandal-reform-regulation” cycle.

Alternatively, for those seeking financial advice, don’t play around with electricity pricing as you’ll get what you pay for.

For nearly 30 years Jim has influenced, coached, and consulted to advisory firms across Australia. As founder of Certainty Advice Group, an Advisory Group not built or paid based upon product but value delivery, he leads a growing group of like-minded professional advisory firms seeking to deliver valuable financial certainty for their clients. As an author, blogger, columnist, and keynote speaker, Jim is regularly called upon for his professional insights into the advice industry.