A Question of Integrity… 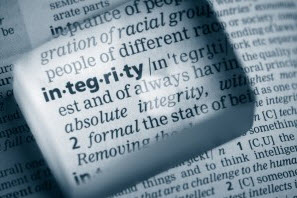 Scanning the newspaper one day you learn that your local doctor, who you’ve taken your family to for years, might be getting ‘subsidies’ from the drug companies whose medicines she recommends to her patients.

Being inquisitive on your next visit, you ask does that apply to her practice.

She explains it’s common practice and that these ‘subsidies’ are not in the form of money, but savings in terms of better buying power on her surgery’s running expenses which in turn helps keep her fees affordable for growing families.

She states that she and her fellow partners would never think of recommending anything that wasn’t the most appropriate for her patients. She also states she has never had any cause to doubt their drugs and has been recommending them for years.

You have no idea how large these subsidies are.

You totally trust your doctor’s advice and never have had reason to doubt her judgement or care.

Does the fact that her practice is getting subsidies from a drug company change anything in your mind?

Would it be OK if you found about about the subsidies directly from her rather than via the media? (Maybe they did in one of those newsletters at her surgery which you never read?)

Aren’t they profitable enough without having subsidies – would you prefer to pay higher fees knowing that there are no subsidies?

Whilst this might not affect your relationship with your doctor, could it raise an issue and compromise some other doctors?

Is this just a storm in a teacup?

You don’t care as long as she believes in the quality of the service provides. You know she would never have anything to do with conflicts.

How does this relate to financial services?

Particularly when ‘sign-on’ bonuses are getting paid for advisers firms shifting dealer groups.