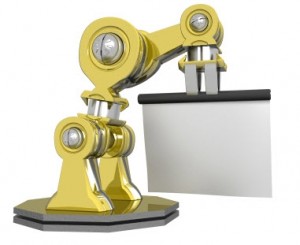 No arguments. How could anyone argue against such a clear sentiment?

How could any professional financial adviser argue to the contrary?

What if that phrase was just a well practised ‘sound-bite’, used like the phrase ‘how are you going?’ which many of us, me included, use automatically when greeting someone we know?

Does having “clients come first” in our mission statements, or on our webpages, or on the kitchen walls of our offices actually convey anything more than an indifferent resignation about our firm as we continue to do things in the manner in which we have always done them in our financial planning firms?

Or is “clients come first” (or whatever sloganising your firm drapes itself in) a sincerely felt sentiment?

Take Macquarie Private Wealth’s current enforceable undertaking by ASIC – surely here’s a firm that’s full of client-first type slogans. So what went wrong that Macquarie Private Wealth’s management did not feel the need to self-report identified compliance failures among some of the practices of the group’s stockbrokers to ASIC as required under the Corporations Act?

Was this an entrenched culture dominating over portrayed slogans?

Consider BT’s public foray last year to lure advice practices from the CBA’s Count advisory network as the CBA were trying to bed down their $373m purchase. BT was allegedly offering up to $500,000 if firms were prepared to ‘jump’. BT’s alleged actions were predictable as Count had been a big contributor to the BT platform prior to the CBA purchase.

“Clients come first” can mean different things to different people, but I would’ve thought the end result of BT’s alleged tactics was pretty obvious – the clients will end up paying for it, either in higher fees or in a BT-aligned set of ‘preferred’ product choices.

Could it be construed that for some maybe “size comes first”?

AMP, another large ‘client-focused’ dealer group, presently extolling us via their ads to “Tear up the Admin Fee”, are known to offer their ‘better’ advisers a next to zero dealer fee.

How do they do this?

The savings in dealer fees could be made up in the relatively higher fee payable by clients on the AMP platforms. That is, the clients are subsidising the dealer fee.

Globally the GFC has tested the reputations of financial advisers, banks and those meant to be following the expected fiduciary standards imposed when handling other people’s money.  Concepts of loyalty (putting your responsibilities to your clients ahead of your own) and prudence (performing your job with due process, care, leadership, and expertise) seem to have been regularly sidelined to the pursuit of this year’s bonus or promotion opportunities.

When Alex Thursby was ANZ’s institutional and international chief (he’s just left ANZ to join an Arab Bank) he was quoted in the Fin Review (Banking’s Wave of woes hit our shores AFR July 21-22 2012 Page 43) last year as saying “Banking is a profession that has lost a bit of credibility, frankly”. A bit?

Andrew Mohl, ex-head of AMP giant, current director at Commonwealth Bank, went a tad further in the same article saying, “These multinational institutions are, in fact, so large and complex that it’s probably beyond the ability of executives and boards to properly supervise them”. Wow.

Globally last year alone the “clients come first” slogan was hammered by the global rate-rigging Libor probe, the HSBC terrorism money scandals, the Barclays manipulation of interest rates, the multi-billion dollar bad bets at UBS and JPMorgan. And then there was the small insider trading issues at Nomura. Whilst the vast majority of those who work in the local and global financial sector are decent people who want to do a great job, behaviours are being increasingly revealed which fail to meet fiduciary standards and violate basic legal and care requirements.

Yes, I hear, these were mostly to do with the ‘trader’ operations within these institutions, not to do with financial planning.

If politically correct client-focused slogans are not the focus, what is?

In a word: Remuneration.

Human behaviour being what it is, we tend to get the behaviours we remunerate? Don’t we?

Therefore, any serious attempt to promote greater financial stability and certainty in our financial advice profession surely must focus on reform of the structure and incentives inherent in this profession?