The change in our industry is structural evolution, not cyclical 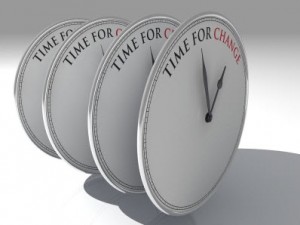 The sooner our industry recognises the changes underway today as being structural rather than cyclical, the sooner advisers and their clients will benefit.

Most advisers incorrectly believe that the current market conditions, proposed legislation (i.e. FOFA), and consumer sentiment all represent just another well-known and well-worn cycle that eventually will work itself out, allowing conditions to ‘return to normal’ sometime in the future. Those advisers are in for a shock.

The current external factors affecting our industry are not just part of another cycle, but clear signs of deep structural change that, like the emergence of the internet, will change the landscape our industry operates in.

Evolution of value propositions during the last decade

Back in 2002 we conducted qualitative research in conjunction with our then USA alliance CEG Worldwide LLB (www.cegworldwide.com).  We obtained the views of 630 randomly selected Australian advisers about the future of advice, and from this, we developed the white paper “The Road Ahead” .

When combined with CEG Worldwide’s global research findings, our findings identified that the movement towards offering a broader range of financial services (termed “wealth management”) was well established in the minds of advisers globally as being the desired or targeted value proposition.

Whilst the ‘wealth management’ advice proposition has evolved, thanks primarily to the boom run in investments between 2003 and 2007, the proposition’s pricing and client engagement methodologies did not.

Since 2008, the ‘wealth management’ industry has languished causing lesser growth rates for most ‘advice’ firms.

My business helps advisory firms realise their potential, and thanks to a ‘perfect storm’ of separate influencing factors, it’s never been easier for these firms to differentiate their services and add tremendous value to their clients.

To operate prosperously in the emerging advice landscape we need ‘next generation’ strategies. One of the most important, and the one that our clients first focus upon, is their ‘next generation’ value proposition.

There’s never been a better time to create your own Next Generation Value Proposition. Recognising today’s marketplace isn’t just in another cycle, but being influenced by fundamental structural change, may help you understand the opportunities that exist to build a great advisory firm. These are the times for taking most advantage of the structural changes at the heart of our industry today.

Build your own advice brand that Australians will come to recognise as a name to trust in their quest for their own financial certainty and meaningful outcomes.