The emergence and growth of rich conversations 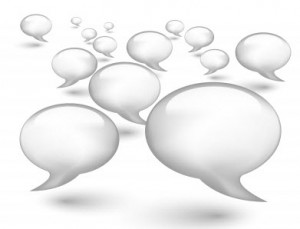 How could you possibly make your advising any better?

Has the thought occurred to you that the greatest advancement you might make in your advisory business isn’t a new product, service, platform or dealership?

That it might just be how you advise your clients?

For instance, I thought I was a pretty good swimmer.

Until I joined an ocean swimming group.

Ladies twenty years (yes, twenty!) my senior were effortlessly gliding pass me around the 1.5k mark heading back into Manly beach each morning. And instantly, when they put their feet onto the sand they were yapping away, talking about something breathtaking about that day’s swim without any need to suck in recovery air. I’d wash in a little later gasping for breath from trying – in vain – to keep up with these gliders who (it turns out) have swum this stretch of ocean all their lives.

What was the difference?

They could swim. And I couldn’t.

What I thought was swimming was more akin to splashing. Three years later they still give me a run for my money (particularly in the bigger swells!). Just knowing the technical aspects doesn’t make me a good swimmer.

I believe it’s the same for advising. I’m witnessing ever more evidence that a firm’s ability to consistently and methodically perform their advisory role is a greater determinant of their prosperity than their use of platforms, products, dealerships, locations or alliances.

Back in 1999 I stumbled across a group of advisers who were researching better methods of ‘being’ an adviser rather than just using better software, products, tools, or platforms to deliver advice. At that time, I’d been running my consultancy business for 8 years and predominantly focusing on back-office efficiencies, building a database of performance benchmarks, and helping advisory firms with practice management models.

I didn’t realise it at the time but in retrospect, meeting these advisers was a distinguishing moment for me.  They were on a very particular journey to better understand how to consistently engage their clients in ‘richer’ conversations with their prospects, clients, and alliances.  Essentially they were experimenting and asking deeper questions of their clients to explore, establish and gain understanding of something other than their clients’ balance sheets, rollovers, insurance risks, cashflows, structures, superannuation balances and tax situations.

Around the same time, I was traveling overseas every quarter and listening to advisers like Ross Levin talk at an International IAFP conference about his Wealth Management Index. I myself was attending Dan Sullivan’s Strategic Coach program. I heard George Kinder for the first time (Kinder Institute of Life Planning). I began working with John Bowen (CEG Worldwide) and not long after, Bill Bachrach (Values-Based Advice). I also heard and understood a similar approach being advocated by Bruce Wright (The Wright Exit Strategy) and Paul Etheridge. It was akin to listening to people from Silicon Valley in the late 1970s heralding the advent of personal computers, when the known computing world at that time was surrounded and dominated by towering computer mainframes manufacturers.

I consulted through the early noughties to these experimenting advisers who were using their learnings about having ‘richer’ client conversations, and their results made it obvious that they were onto something. But just like a lot of those now non-existent computer hardware manufacturers who didn’t step back and think about what makes a better computer solution or about how they could they approach their trade differently, many financial advisers today are unknowingly experiencing a similar milestone in the evolution of financial advice and how they dispense their advice.

These ‘richer’ conversations that are increasingly popping up in the practices of firms who have been disciples of Bachrach, or Bowen, or Kinder, or Sullivan, or others, seem to have a very common theme.

The firms themselves seem to all be on a path to understand how to do the advice component better. (Yes they are of course also trying to improve the product selection piece, be better at the technical aspects of tax or investments, and continually develop their efficiencies from various service platforms).

They want to know how do they best build a consistent, specific and methodical approach for all their firm’s client facing team (not just the owner, not just the technically qualified advisory team members, but everyone that faces a client) that best enables their firm to understand the financial outcomes and financial world as seen through the eyes of their clients.

Just as the former hardware giants sneered at and ignored the potential of the PC upstarts that ended up buying them, so too have many established planning firms sneered at those advisory firms that labelled themselves as being ‘value-based’ or ‘life coaches’. The early models of anything new appear ‘clunky’, but the ever-emerging models for client engagement are decidedly focused on this tailoring to specific client outcomes.

Just as few could predict the pervasiveness of Facebook or Google in our lives today, I’m betting that the proliferation of the next generation of advisory firms who base their client engagement on ‘rich’ conversations held at least annually with their clients (either face to face or via social media platforms) will exponentially redefine what consumers come to know as financial advice.