The overturning of APES230 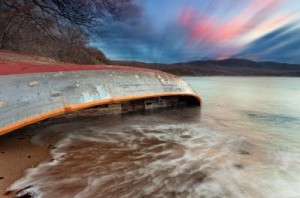 I ended my last post on the shallowness of slogans with the observation that any serious attempt at reform in the financial advice profession must focus on reforming the profession’s structure and the incentives inherent within it.

Which brings me to the extraordinary chain of events surrounding the release of the latest APES230 accounting standard.

The Accounting Professional and Ethical Standards Board (APESB), whose website apesb.org.au heralds the ‘highest level of professional and ethical behaviour in the accounting profession’, has, I’m guessing, been slammed with 5 months of lobbying after 5 years of due process into how accountants can be remunerated for the provision of financial planning services.

The standard APES230 – originally released in November 2012 – which refused to accept asset-based fee and commission-based insurance, has been overturned.

Both asset-based fees and commissions-based insurances are now permissible. (With conditions surrounding ‘informed consent’ that will require more than a signed piece of paper from your client – the first legal showdown on this will be very telling).

Here was Australia’s (and in fact, I believe the world’s) most serious attempt to focus on how financial advisers are remunerated originally passed after five years of due process and then, … err… overturned after five months of lobbying.

What does this mean?

Firstly, the perennial observation – big change is tough to accept, particularly by incumbents.

Common complaints of “how I charge in my business is my business, not some group of academics’”. From client-focused advisers this is an acceptable retort. But the evidence from the industry world-wide addicted to product-based remuneration practices shows what goes wrong with the current structures and remuneration models.

If they are client-focused (i.e. it’s not just a slogan) they have nothing to lose except the realisation that to advance the profession (and themselves), changes might be required. From our experience helping hundreds of firms to transition, the move is about as difficult for advice firms as was becoming Y2K-ready early last decade.

Secondly, there is a lot of change fatigue.

Crawling out of GFC and facing a July introduction of FoFA, the incumbents couldn’t see the need or any desire to adopt another standard atop FoFA.  70% of the respondents to the APES230 exposure drafts were objections from the Count and Securitor dealer groups. They are two dealerships with deep relationships with accounting firms. At least align it with FoFA or forget it.

Thirdly, there is tremendous fear of a standard that enforces an approach to the pricing of financial advice that enforces dollar based pricing each year. From my own hate mail, the greatest fear I read between the lines of the abuse about useless consultants like me is about how to approach a client conversation when forced to present all pricing in dollars (particularly when clients renew).

Ironically, most of the advisers that take the good time to send me these colourful indignant tweets, emails, blog comments or LinkedIn messages originally got into their profession to serve their clients, living by a slogan similar to “client comes first”.

Their concerns and criticisms are real: in today’s environment clients are ‘scared off’ and not used to paying up-front fees; APES230 creates an unlevel playing field for accounting member firms compared to FoFA-aligned firms who can still take asset-based fees or commissions on insurances; this move just doesn’t reflect current industry practice and how things operate today; there needs to be a significant restructuring of how clients engage from a procedural and operational perspective. And they state all of these in the same sentence in which they say that their overall objective is to just put their client first.

Unfortunately for some, their endless repetition of a pre-packaged slogan such as “client comes first” has corrupted their beliefs about what they are capable of doing as their profession inevitably matures. Their current thinking, processes and beliefs are so set and restricted that any change of the magnitude suggested by APES230 means that their slogans become a weapon against change rather than a consideration for change.

The hundreds of advice based firms that we have witnessed make the changes in how they receive their fees whilst putting their clients first have discovered that their fears are unfounded and the subsequent rewards and benefits substantially underestimated.

Five years from now, it won’t matter much what regulations are in place.

Like retail is currently reinventing itself as fast as it can, so too will our great advice profession.

Consumers will drive the changes – the APESB were just ahead of their time.

These are the best of times to be building great advice firms.