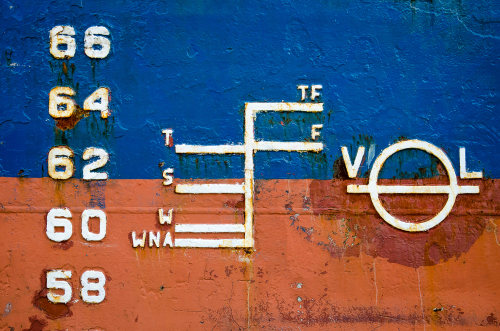 Back in the late 1800s, sea passage had its perils.

Unfortunately, some of the worse were man-made and systemic to the business of delivering cargo worldwide.

The over-insured and over-loaded ‘Coffin Ships‘ provided a rewarding alternative for villainous ship owners with aging fleets and no regard for their doomed seamen, passengers and families.

Thwarted by influential ship-owning MPs concerned about their profits, his initial legislation of 1875 took another fourteen years to be effective. During these years, ship owners could paint their Plimsolls Line anywhere, including on the ship’s masts and smokestacks.

Plimsoll’s fight against a systemic imbalance is a tragic insight when money and power overpower the greater good.

In 2019 Justice Hayne’s Royal Commission recorded many systemic imbalances caused by money and power. Something highlighted by ASIC years earlier.

The ‘sophisticated investor’ regulation is a good example.

Originally drafted over twenty years ago, the sophisticated investor is a moniker for anyone with $2.5m in net assets (including the family home) or earning over $250k for two consecutive years. Once certified, sophisticated investors can purchase investments while side-stepping protections and regulations designed to control fraud, scams, and risk.

With over 3 million Australians potentially classified as sophisticated investors, the labelling has many distractors, some believing it is too prescriptive and others believing it is not rigid enough.

Stockbroker Geoff Wilson believes the certification should be a knowledge rather than an asset or earnings test.

The nascent cryptocurrency marketplace proclaiming a coming new world of opportunities believes the test should better reflect the needs of well-informed young people with technical knowledge.

(As an aside, most of the articles I read about the growing crypto-clan sound like the excited characters in the book about the 1980s Goldman Sachs – Liar’s Poker – what do you reckon?).

Despite the intent of the sophisticated investor certification, it, like much of today’s compliance, is the equivalent of a Plimsoll line on a smokestack.

The financial services industry needs its own Plimsoll Line.

Highly visible, easily regulated and beyond the remit of anyone seeking to benefit from anyone else’s money.

One side of the Advice Line is advice, and the other is the product side.

On the advice side are all levels of technically qualified advisers serving a broad range of clients.

The commonality of those providing advice is remuneration.

None of whom receive any benefit from the provision of any product that may be required.

On the product side are all levels of technically qualified product providers and recommenders.

The commonality again is remuneration.

They receive a benefit from the provision of products.

While a fool and his money are easily parted, a client and her money must always be clear in who they are dealing with. Product providers and recommenders are incentivised by a product purchase, advisers are not.

It is embodied in Standard Three of the Code of Ethics currently overseen by the Financial Services and Credit Panel (FSCP).

Like the early derided Plimsoll Line regulations, there are significant issues facing the adoption of Standard Three.

Elections, untested FSCP leadership, a poorly drafted Corporations Act and the power of incumbents who have never advocated for an Advice Line that separates advice from product.

Considering that the first significant reform for financial services was twenty years ago, in 2002 when the Financial Services Reform legislation (FSR) was drafted, Plimsoll would suggest true reform should be nearly there.

But the power and money held by the incumbents can’t be under-estimated, as witnessed by the ongoing debate about the ridiculous sophisticated investor debate.

For over 30 years, Jim has influenced, coached, and consulted advisory firms across Australia. His firm, Certainty Advice Group, coaches, trains and is building a growing group of advisory firms delivering comprehensive, unconflicted advice, priced purely on value. The community of advisory firms aligns with Australia’s highest and only ACCC/IP Australia Certification Mark standard of comprehensive, unconflicted advice – Certainty Advice. He has authored four books regarding financial advice, with his latest – What Price Value – available now launched in March 2022.