The Toughest No’s of Growth 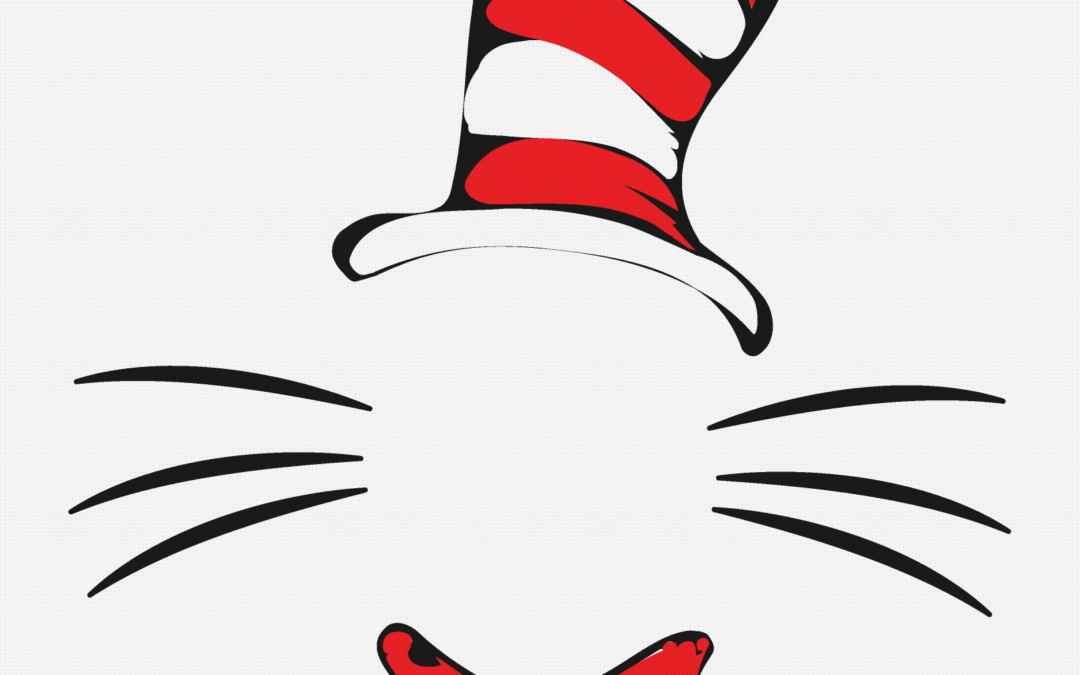 With apologies to my first favourite author – Dr Seuss.

No is no foe to grow.

For grow without no is the toughest of grows.

In his book  “The Cat In The Hat Comes Back”,  Cats A through Y unleashed incremental mayhem until the tiniest Cat Z makes everything good.

Have spots, now and then,

I will be very happy,

The incremental mayhem encountered growing a business has a tiny Cat Z equivalent – it’s the word “NO”.

Specifically, three types of “NO”, each stronger to overcome predictable and powerful forces that challenge every advisory firm’s growth.

The first “No” business founders learn is the “Me No”.

So-called because this ‘No’ treats the issues caused by the “Me” who started the business – the founder.

The issues constraining growth are a direct result of the good work delivered by the founder, who created the happy clients, who are creating the referrals to new potential clients.

Equally, as referrals mount, the demands of success fire up.

Slow at first, until growth starts to create too much demand causing working and non-working lives to blur, creating stress.

For the majority of client-centred advisers, the strains of meeting expectations are far greater than the anxiety of having no client expectations to meet.

Not familiar or good with “No”, founders reason they can sustain the demands of growth provided they can find new team members to help.

Atop the demands to meet the growing expectations of a growing number of clients, hiring new team members means founders also need to manage, train, oversee and guide their new, less experienced and learning team members who can’t quickly perform to the founder’s or client’s expectations – it is a tough time.

It is about this time the “Me No” needs to be invoked to break the accelerating merry-go-round of demands.

Some founders never learn the “Me No” held back by the fear of telling existing clients their fees are increasing, or their waiting times have blown out, or someone new will be looking after them, or they are no longer an ideal client.

There are many long-established firms whose years of experience are fundamentally the same year repeated over and over again, stuck in a rut dug by fear of changing the habits that were core to their establishment. Embracing the needed “No” to stop and let go of the business practices that don’t serve but hinder them is tough. The longer these founders fail to take the responsibility that their own fear of growth is the problem, they will find many uncontrollable reasons to blame for their increasing stagnation.

Those founders that do find the courage to change business practices using the “Me No” and start saying “no” where they used to always say “yes” and fundamentally change their propositions, paradigms, fees, client and team promises, are setting themselves up for more sustainable growth, but also tougher decisions that will require another “no” – The “Us No”.

The First No – the “Me No” – is fundamentally about changing many of the founder’s ways of doing business.

The Second No – the “Us No” – is fundamentally about changing the growing team’s ways of doing business.

Founders who have successfully created a fast-growing small business from nothing often regard business planning as a ‘feel-good’ exercise where too much time is spent talking about the possibilities and not enough on the urgent day-to-day reality where real progress has always been made.

Their early success was not due to a plan, so what is different now.

As a firm grows, business planning serves one objective – focus.

Without it, each new member of the growing team makes their own plans as to how to survive and seemingly thrive in their role by doing what they perceive is necessary which on most days in small business resembles fire-fighting.

The constant focus on the next inevitable burning blaze trains all team members that their plans and priorities don’t matter as much as the next uncontrollable pressing issues just about to become their new top priority on their to-do list.

When a firm’s priorities continually get dictated to them, they lose their ability to plan their own future.

The “Us No” breaks the pattern.

But not without significant team discipline, collaboration and support to firstly agree on the team’s business focus (i.e. the plan) and secondly alignment of all roles, careers, clients and incentives to achieve the focus.

Few firms start with the skills to grow enduring, valuable, collaborative and supportive teams. The focus provided by judicious use of “No” as a team, helps accelerate the experience, judgement and returns from teamwork rather than the continued dependency on the founder’s work.

However, the “Us No” to produce, maintain and manage focus, needs a stronger “No” as teams mature.

The Third “No” is the most powerful and the most difficult.

My Dad was a recovering alcoholic.

One of the life-changing gifts from his addiction was the AA Twelve Step Program.

Without the humility, powerlessness, vulnerability and support of the Twelve Step Programs and Traditions like AA’s, I would not have known the depth of the greatest gift he and my mother ever gave me – unconditional love.

Firms that have faced and progressed through the “Me No” (i.e. the founder is the firm’s greatest strength and weakness) and “Us No” (i.e. lack of focus) phases of growth will inevitably face the “Let it Go No”.

If founders, directors, or significant shareholders repeatedly fail the “Let it Go No” decisions and squash, prune, or stymie the ambition and potential of the next generation of talent they may too easily lose that which they have worked so hard for – the legacy of creating an enterprise bigger and greater than themselves.

Growing firms are similar to other living entities.

They reach an ultimate “let it go” point, when real growth is beyond the original founders and in the control of those that represent the future with some continuing governance from those who realised that growth won’t occur without them “letting it go”.

That’s a tough “No” – knowing the time to say “no” it’s time for someone else to lead what founders have created for the greater good of clients, teams and founders.

Growth is about focus – learning when and how to say “no” to anything that weakens focus on the vital next steps.

Reminds me of my other favourite Dr Seuss “The Zax” when two hairy audacious Zaxs refuse to budge from what they believe is rightly theirs.

Loved that book too.