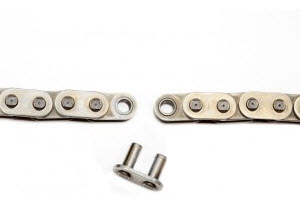 Russia is not competing.

The country is banned by the sport’s regulator – the World Anti-Doping Agency – for one of the biggest doping scandals in sporting history. Over three hundred Russian athletes have been invited to compete under an Olympic flag. Drugs in sports haven’t created any headlines yet, but this week’s Economist magazine suspects there will be doping cheats in Tokyo despite the Games’ officials promising the two weeks will be the best regulated.

When the stakes are high, rules and regulations are essential.

But only to the extent, there are consequences.

In 2019, Australian swimmer Mack Horton bravely demonstrated to the world the consequences of cheats. He refused to share the winner’s podium after finishing second to the 400m World Swimming Championships winner Sun Yang. Yang was banned in 2020 for eight years for tampering with drug tests.

It is not fair. It is not progress. It does not serve the greater good.

Last week, Australia’s financial services regulator – Australian Securities and Investments Commission (ASIC), announced it had no choice but to take the advice of the Director of Public Prosecutions (DPP). It dropped all criminal charges against AMP for stealing money from Australians exposed in the fees-for-no-service scandal highlighted in the 2019 Royal Commission into Misconduct into the Banking, Superannuation and Financial Services Industry.

AMP is already a shadow of its former self.

The leadership has been dropping like flies since revelations of misleading regulators, clients, staff and advisers. It has several legal actions pending and much change ahead of it. However, it has made some good appointments and launched a significantly new approach earlier this week.

Despite AMP’s plight, what has been demonstrated is that the regulator cannot regulate.

The DPP outlined how it could not find a case to charge AMP for behaviour regarding the ‘fees-for-no-service’ headlines from the 2019 Royal Commission. The details were vague, entangled within the insidious buyer-of-last-resort rorts that created false inflated financial planning firm valuations for decades. But those details were enough for the DPP to note due to ‘…available evidence and relevant public interest’, it was dropping any case against AMP.

Every step made by any member of the public into the financial services industry lands on a slippery slope gravitating toward the sale of a financial product. It is hard to understand how the DPP lacked needed details, evidence, and lack of public interest to ensure the greater good was served.

Over the last two years, Australian financial advisers have de-prioritised their own business plans to focus on attaining necessary accreditations to the incoming and untested Code of Conduct which ASIC and Treasury will regulate.

Australian consumers, financial advisory teams, and the growing financial advice compliance army overseeing the still untested Code of Conduct may now have less confidence that the new Code will be fairly, consistently regulated considering judgements that past breaches have been deemed too hard to pursue.  Justice Hayne’s Royal Commission interim report challenged the regulators on this very point with his “why not litigate” headlines of mid-2018.

It exposes the regulator’s inability to not only enforce a system that advisers and consumers can trust but regulate an industry to ensure consumer protection is a fundamental given and certainty is provided to the industry.

If this was rugby league, super netball, AFL, or football’s A-League and the relevant sporting regulators were unable to regulate their industry’s salary caps, player behaviour, drug use, domestic violence, equality in sport, the fans would have switched off long ago. But in financial services, the consumer does not have the choice to switch off. They are legislated to be committed participants through their superannuation.

Australia’s superannuation funds are growing towards $5T by the next decade.

This honey pot will make today’s financial giants more powerful and will attract new innovative providers. More enquiries are inevitable. They will be established by ‘pressured’ politicians required to ‘do something’ to re-level financial services in favour of Australian families and consumers who are paying for it all.

The regulator’s struggle to regulate will intensify.

The Olympic Games would not be the pinnacle of sporting achievement if the contests were unfair. The Games are the ultimate expression of the value created by level playing fields.