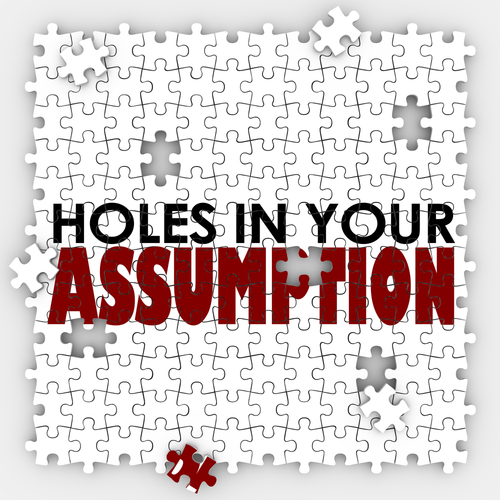 What to assume when a good client suddenly goes missing?

Trying to arrange needed meetings to finalise new estate plans, a firm’s calls, emails and texts were unanswered. A meeting scheduled for a week back was postponed without a new date being set.

The advisory team’s confusion was turning to frustration at the out-of-character silence from a client with a growing number of unanswered questions.

This behaviour was out of character. The senior adviser, however, had seen this before.

She got the team together saying the best approach at these times was an increase in fees and support. It sounded a bit desperate to the junior team members who reckoned the client was more likely checking out.  The senior adviser took an old approach – timed an unannounced drop-in face-to-face meeting at a location and time when she knew her client would be.

An increase in fees, engagement activity and client confidence.

She had gauged the strength of emotions surrounding the needed family estate planning had placed the discussions into the ‘too hard’ basket. This very same basket had held many previous plans and attempts by the same family who had a history of parking similar discussions for a number of years. Some difficult conversations have been needed for a while. Others have been brewing for decades. Considering the value and progress most parties in the estate were seeking, the difficult conversations represented a steep and difficult path that parties had slipped off into the ‘too hard’ abyss before.

While on paper, the conversations were logical, some in the family were more  concerned about handling other family members whose unrestrained and uncontrolled emotions had won past debates over logic and the common good of the majority. While compromising is tough, not confronting, resolving and collaborating is tougher long term.

While tough, this was a needed and good approach. Good to clients and the advisory firm both for confidence and financial reasons.

The centre of uplift conversations is often a change of plan required for a client’s continued progress on best forward paths.

Uplifts occur when forward steps need to be changed, repositioned or potentially stopped for a thorough re-assessment.

Unfortunately, many advisory teams are not good up-lifters of client fees.

They prefer not to lose something – a good client relationship – much more than they prefer to gain something – an uplift in client fees. Advisers prefer to extend the scope of advice and ‘sweep’ additional work into the ‘write-off’ to not ‘rock the good relationship’ boat which might cause long-term ‘damage’ to revenue. If it isn’t broken don’t try to fix it.

Averting risky but needed conversations is not doing the advisory team, the firm or their clients any great service.  Scoping additional work into current fees is a backward step away from building a profitable firm. Discounting up-lifts creates more expectation, more workloads, less ability to fund increasing workloads, and greater dependency on an adviser whose attachment to the client is greater than their attachment to their own worth.

In 1979 Noble-prize winning economist Daniel Kahneman and his partner, Amos Tversky called this tendency Prospect Theory. They proved that the losses people suffer loom larger in the minds and psychic than any gain that might be enjoyed. The pain of losing is psychologically about twice as powerful as the pleasure of gaining.

Kahneman’s and Tversky’s work proved that advisers tend not to uplift, but write-off, and under-value their worthwhile over-valuing retention of less profitable work, thus letting slip more productive growth and agreed on worth.

While understandable it isn’t sustainable for advisory firms seeking to grow based upon true worth.

Uplifts are low for most advisory firms due to a known conservative bias within all of us.

If this natural bias is left unmanaged, firms allow their true potential to slip to a lower level of worth that may seem comfortable but quickly becomes debilitating. The moment firms become too frightened to test their worth with their clients, their worth becomes dictated to them by regulators, competitors, critics, academics, and everyone except those that best know – their clients.