We are growing but… 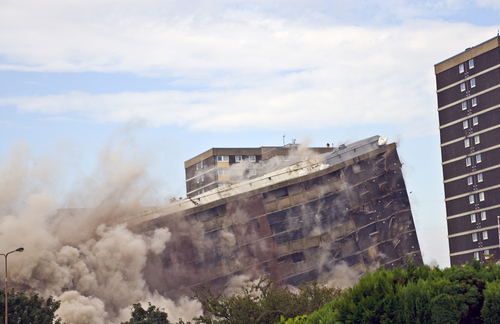 Jeff used to be ambitious.

But now it is more frustration.

Just as his advice business was about to attain a projected revenue growth set years prior, it wasn’t the sort of growth he was enjoying.

He was the young principal with three partners in a $3 million professional services company based in bustling regional town surrounded by growing number of mines.  He had read one of my blogs and made contact as something resonated.

He described some very common issues.

Despite growth, the owners had to reduce their drawings. Worse was the likelihood that loans and subsidies from partners would still be needed until ‘things turned around’.

The accounting side of the firm had been operating for forty years. The firm had a long and loyal legacy of clients in the tight-knit town and surrounds.

The team were over-worked causing loss of some experienced talent. The induction of new team members was taking longer than expected, the quality of work was suffering, the systems were clunky, and the bank account balance was under strain. It was getting beyond embarrassing.

Jeff’s financial planning division contributed nearly a quarter of the revenues but over half of the small surplus.  His first question to me were about pricing.

As the conversation progressed, it seemed everything was an issue.

The partners had always been very focused on change.

That’s one of his reasons he joined them seven years prior. It was seen as a great opportunity to integrate his planning team into an like-minded accounting business. The merger would act as a catalyst for change, diversity, new systems, fresh thinking and broader range of services to the combined client base.

However, while the turnovers were larger, so too were the circular discussions and frustrations still stuck on similar issues. Stressed principals, stressed team members, increasing backlogs of work, inconsistent systems, propositions, pricing and team management.

It is easy to promise change when better reasons appear to postpone it.

Over recent years, the firm had to implement new financial planning licenses, one of the partners had experienced a tough divorce,  an approach from a smaller well-known local practice considering a merger distracted them for another eighteen months, and there was always the tough integration of systems between the planning and accounting back-office operations.

Busy firms will always have distractions that may seem like a bush-fire about the cross the fragile boundary and devastate day-to-day operations.  Just like bushfires, fundamental change to not only prepare but minimise the affect of inevitable distractions is essential if this cycle is to be better managed.

We finished our conversations with Jeff speaking of needing some ‘space’ to ‘just get a few things in place’ and then focus on change.

Despite the talk of new plans and new re-structures, Jeff’s firm were strongly anchored deep in their own “comfort bay” preferring to persist with the placing of new labels on the same initiatives they have tried for at least ten years in an industry growing faster than ever.

My last contact with Jeff to see how the firm was progressing confirmed they are now busy negotiating to merge with a great local firm run by a young wife and husband team, with smart systems and a new exciting advisory niche.

I wished them luck and hope this worked.

But what is obvious is Jeff’s firm preferred the comfort of the known and experienced actions that has generated the chaos that frustrates them and requires cash top-ups from principals, rather than committed to uncomfortable change, requiring different habits, decisions, roles, prices and plans.

It’s a pity for these are the very best of times for firm’s like Jeff’s to leverage their vast experience, their reputation and their talented teams in a marketplace crying out for valuable advice.  No matter the size of firm, when future plans are based upon old habits and beliefs, the mess, frustration and inconsistency will get worse.

Ironic for a firm that does a great job helping their clients plan for better futures.