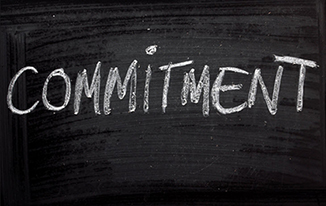 Does this amaze you, or what?

Rob Bertino highlighted the issue earlier this week in the Fin Review (it’s behind a firewall, but you’ll get the drift).

His findings are that only 12% of financial advisers are commiting succession plans to paper.

Does that make sense to you?

When your day job is putting plans on paper for their clients every day, the vast majority of advisers aren’t commiting to paper their own succession plans.

Yes, it would nice if there were simple answers to the hard questions when considering long term plans, but not even committing plans to paper, no matter how far off, just does not make sense.

Why isn’t this a priority for more advisory firms?

Is there a buyer of last resort promise from a manufacturer in the bottom drawer?

Is there an undocumented hope that their asset platform will be on-sold to a group like IOOF, or an aggregating dealer group, or consumed in the next inevitable merger or sale involving one of the major financial product groups?

Writing on the wall…

I mean, at a time when the writing is so clear on the wall about future regulatory change regarding qualifications and degrees, changing consumer sentiment for greater transparency and technologies removing the low-value add bits of every distribution chain in the world – isn’t that the perfect storm to force more to at least get pen to paper about their own long term plans?

99% of advisers got into the advising business because they wanted to help others make better financial decisions to lead better lives. Why are the majority of advisers just ignoring their own lives and as a consequence, the lives of those important to them?

Thanks Rod – great leadership – hopefully more will be motivated to do the planning for themselves as they’ve professionally done for others for so long.