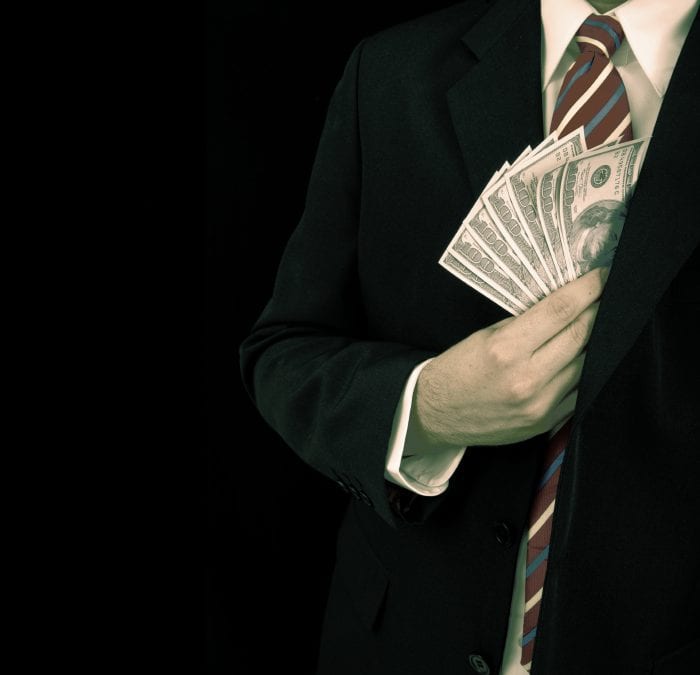 The Chinese-based Huawei Group seems to be conflicted.
Despite being recognised as a world-leader in forth-coming 5G telecom technology, western countries are reticent to trust them to advise, build, and maintain their future data highways.

Similarly, Robert Muller’s investigations into alleged conflicts of significant interest and influence surrounding President Trump’s ascendency have the potential to raise the apathy, populism, and distrust of what we’ve known as democracy.

Both issues have conflict as their core.

There’s also something else missing…

Say you walk into a Westpac branch.

You’re seeking advice about how best to manage your superannuation.

The banker you meet offers you several Westpac products or may suggest your current situation is OK for now. The banker’s discussion is today’s reality as thanks to the last year’s royal commission, Westpac now believes paying bonuses to their tellers was conflicted advice.

Westpac believes by removing any perceived or real incentive from Westpac’s front-line customer service workers will allow them to give advice without conflict.

Last year he acknowledged that the financial incentive systems within banks have encouraged poor behaviours and needed better ‘guard rails’ to avoid conflicted behaviours and advice.

Are incentives the big villain driving conflicted advice and behaviours?

Another perspective was evident last week…

Greg Combet is chair of Industry Super Australia, the body that oversees the big end of the industry’s superannuation industry. He has been criticised for leaning on the industry funds to support investments that align with an Environmental, Social and Governance agenda.

Some suggest it’s not Combet’s money, but members money, and don’t welcome the influence.

Others dismiss the criticism suggesting those crying foul are on the poor performing retail side of the superannuation wars with his industry funds who are enjoying unprecedented inflows thanks to the royal commission.

In determining conflicted positions, whether it’s how Westpac tellers are paid, whether it’s how industry funds decide to invest or whether Chinese firms are undertaking espionage on behalf of their government, there seems to be a missing element.

What’s the difference between Disneyland and North Korea?

There are many parts to conflict, some transparent, others, usually the more insidious ones, not so transparent.

The new remuneration plans for Westpac’s tellers may be the right step forward on the conflict-free path, but anyone with an understanding of moral licensing might suggest the new remuneration policy may, in fact, increase the sales of Westpac product.

According to research commissioned during the royal commission by Professor Sunita Sah of New York’s Cornell University, better training of the Westpac teller on conflicted advice is not by itself an effective method of reducing the effect of conflicted advice.

Is the Westpac teller’s service conflicted?

Do we walk into a Toyota showroom (I love Toyotas, especially the ones that can tow things into out-of-way places!) expecting to purchase a Toyota?

Is the Toyota salesperson conflicted?

Most expect the Toyota person to be professional – that is, if they genuinely do not have a range of vehicle that suits someone’s needs, they direct the potential purchaser to where the more suitable might be found. Their bias, or ‘conflict’, is transparent.

Psychologist Peter Wason developed unique puzzles nearly six decades ago to conclusively show how we all naturally align with information that supports our bias and preferences. It’s called our confirmation bias.

We all have them, and thankfully we live in a place where we are free to pursue and express most of them. Our tastes, our fashions, our likes, our beliefs, our passions are all biased.

So, if an investment adviser has an inherent bias towards active investment management, and have built their career pursuing their bias, is their advice considered conflicted because most of their investment clients are placed in active funds?

Similarly, is an adviser whose bias in the opposite passive investment camp any more unconflicted, different, better or future-proof than their active investment colleague?

Is this the conflict Royal Commissioner Hayne seeks to eliminate?

How are you paid?

Justice Hayne’s call for the elimination of conflicts in financial advice is being misconstrued.

As we are all different, it is too easy to dismiss Hayne’s call for the elimination of conflicted advice as a fictional pursuit not worth the cost, effort or attention.

Even before last year’s royal commission, there have been some 57 enquiries over the past decade, according to CEO of Australian Banking Association Anna Bligh, suggesting something is clearly rotten in the state of the financial services industry, to paraphrase Hamlet.

The number of enquiries alone provides the clues that the financial product industry has excelled at hiding conflicts with devastating effect on both a large and small scale.

Hayne wasn’t proposing advisers need to change their bias or what they believe defines themselves as an adviser.

Hayne is proposing that the elimination of conflict is fundamentally about transparency.

Likewise, when we buy advice from an adviser, the purchase should be equally transparent, and the fee in transparent dollar amounts is for advice, not for a product.

Haynes legacy will be his focus on ASIC’s Fee for No Service Report.

Hayne’s call for an elimination of conflict is a call for greater transparency.

For with greater transparency, Australians will be better equipped to navigate through the real or perceived conflicts, bias, products and advice as they seek the greatest possible certainty in their financial lives.