2010: The End of Overpriced Client Bases 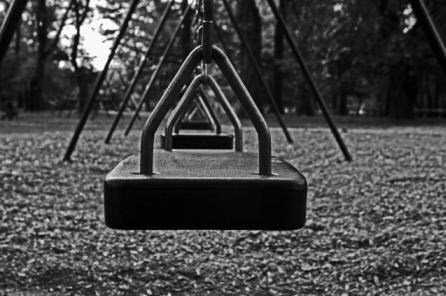 I’ve been telling as many advisers I can that 2010 has to be about the peak of business valuations for most of today’s financial planning businesses.

Therefore, these have to be the best of times to consider selling, particularly inactive financial planning client bases.

Why most valuations will fall

I’ve also been telling advisers that there is a growing minority of financial planning businesses whose valuations are increasing as the valuations of most in the industry are falling. These firms that haven’t been making money at the expense of their clients and don’t have inactive client bases paying them money for doing nothing.

Charging for doing nothing

Amazingly, I still hear at seminars, conferences and other gatherings of financial planners from advisers who say that their best clients are the ones that never call, visit, or ask for a review, and from whom the adviser is still receiving a commission. They use this argument to challenge me when I challenge them to sell their inactive client bases while they still can before someone else does those clients a big favour and ‘steals’ them.

Are these ‘charge-for-doing-nothing’ financial planners professionals?

They protest that they are there if and when needed by their oversized and under-serviced client bases. I reply that’s the value proposition of the nearest petrol station, but people don’t have to pay petrol stations anything until they actually buy something.

No, these ‘charge-for-doing-nothing’ financial planners are not professionals.  They’re making money at the expense of those they’re meant to be serving. The villain here isn’t the commission.  The villain is the self-proclaimed professional who takes fees for doing nothing year in, year out, from an apathetic client base that they probably don’t even know.

Australians hate it when someone else makes money at their expense.

There’s another group of self-proclaimed financial planner professionals that aren’t particularly dissimilar to this first group of ‘charge-for-doing-nothing’ planners.

One of my earliest (and short-lived) clients said to me, “Jim, it’s best we get paid based on a percentage of their assets, because when their balances go down, so too do our revenues. That means we also feel their pain and therefore are equally motivated to get those balances back up again as quick as possible”. Imagine surgeons had the same proposition as this product-oriented planner – would they give themselves a swift upper-cut when the patient’s blood starts to drip onto the operating table?

That same adviser used to say his fees were like a farmer’s – ‘swings and roundabouts’ – making money in the good times and losing money in the bad times. I challenged him that the farmer’s margins were explicit, whereas the planner’s margins were hidden, and the farmer’s property size was fixed, whereas the planners FUM was growing (and thus his ongoing percentage commission as well) due to economic conditions beyond the planner’s control.

These ‘swings and roundabouts’ advisers are hopefully dwindling in numbers. They lack the courage to charge for their advice when market conditions are down and they are reaping rewards they don’t deserve in good times. I don’t deny they are owed for their work. I do deny these advisers the title of being a professional due to their lack of courage to properly charge for their advice in tough times rather than reasoning with themselves that they are ‘owed’ the better reward in better times for ‘being there’ in the tough times.

It’s easy to understand why there is such a debate about the financial planning industry becoming a profession. This debate is entirely misplaced and distracting from the real direction we all need to take.

The Financial Planning Association (FPA) would have us believe that you can become a professional by joining the FPA and claim the highest professional advisory designation possible. Professionalism is more than a label or title.

The Association of Financial Advisers National President Jim Taggart recently suggested that the ‘compare the fees’ tactics of David Whiteley and his Industry Superannuation Network has lead to the low confidence among Australian consumers Roy Morgan Research reported in mid October. Taggart believes that Whiteley’s anti-adviser advertisements do nothing for our professionalism.

Meanwhile, a new financial planning division of the National Tax and Accountants Association (NTAA) has recently claimed that they’ll ‘turn the heat up on fee-gouging financial planning groups’. The many (and increasing) vested interest groups are simply using whatever collateral they can as they jockey for space in the thought leadership stakes.

Let’s stop getting distracted by the senseless debate as to whether we are a profession or not. It’s a waste of time. It’s not about the financial scandals (all professions have scandals), the associations we belong to, or the credentials behind our names.

We’ll become the profession we deserve to be just as every other profession has. By building a groundswell of respect from our day to day actions with our clients, doing for them what they would do for themselves if they had the knowledge, the experience, the network and the ability that we have.

This will take time, but we have no other option – there’s no shortcut to becoming a profession.