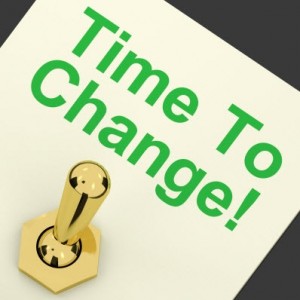 Our nascent financial advisory profession needs a ‘turning point’, a breakthrough to accelerate its advancement into the profession it is destined to become.

In 2012, the Accounting Professional and Ethical Standard Board (APESB) came close with APES230 (which inevitably is being challenged again this year).

It was the wiping of commissions from all financial products.

“Too hard to do” say many incumbents who have taken the time to understand its ramifications and challenge it. They say it’s totally unrealistic and displays no appreciation of how this industry works and the damage it would do to current struggling small businesses supporting working honest families. Some clever wags have even suggested it would be discriminatory.

They’re right of course – APES230 is tough regulation. It might be not fair for many.

But it’s exactly the flush our industry needs to embrace.

Commissions by themselves are harmless. Properly executed in areas like real estate and car sales they have proved their effectiveness for many more years than we’ve had compulsory superannuation or an insurance industry. The APES230 standard from APESB is drastic, it’s bold, but so too were most other moments when a group tried to define a new standard of professionalism. It’s leadership.

Whilst I endorse and recognise the role of commissions in insurance and fees in investments, I’m a greater endorser of the growing crop of professionals around Australia who are building great advice businesses with a growing number of their clients paying retainers for Carer or Consultant type propositions. They build these businesses without resorting to or seeing the need for a payment method based upon quantity of product sold or time worked, instead basing their fees on the quantity of complexity in the client’s financial life.

It doesn’t matter whether APES230 will see the light of implementation, because it’s going to happen anyway.  Once APES230 aligned practices become more widespread, once more consumers become aware that they have alternatives as to how they can engage advisers, once marketers see new ways to differentiate their new products, platforms and services using commission-free offerings and fee-honeymoons, the leaders such as the APESB will be vindicated.

But we can get there quicker with a decision like APES230.

Once such a change is adopted, let’s see how innovative industry funds and banks might become when forced to accept it. There’s little doubt that the big institutions will not watch from the sidelines. They’ll adapt. Joseph Schumpeter’s law of creative destruction has predicted it time and time again – witness the revolutions in retail, music, and media services.