Bankers banking on their banking future… 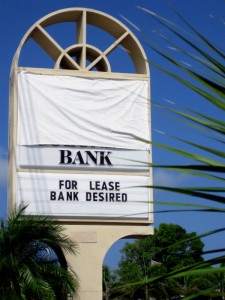 Reflecting upon his successful banking career in the UK marketplace whilst citing recent UK surveys of affordability of advice since the introduction of the UK Retail Distibution Review (RDR) advice reforms (similar to our own Future of Financial Advice – FoFA reforms) he is very concerned that most Australians will fall into an unaffordable ‘advice gap’. He predicts only wealthy Australians will be able to afford financial advice if similar reforms (i.e. original FoFA legislation, the ambushed accounting ethical standard APES230) were introduced here in Australia.

Mr Cooper is a banker. A very successful one. With an international track record that any Australian banking executive would be proud of. His views are noteworthy. However, his views, experience and analysis of these surveys, like mine and all of ours, is biased towards his experience.

For instance, when Mr Cooper talks about a ‘vast advice gap’ he is actually referring to a ‘vast product gap’.

As an example of the understandable bias in his analysis, he references that UK Lloyds Bank has stopped providing face-to-face advice for anyone with less than £100,000 to invest. Here he assumes, like the Lloyds bankers, that consumers determine ‘value’ of face-to-face advice primarily by the amount of funds being invested.

Bankers understandably tend to define the value they deliver as it pertains to the products they provide. Nothing wrong at all with that. But what consumers value is fast changing.  In our experience consumers are defining financial value in boarder terms of greater confidence, capability, choices, control and applicability to specific circumstances that good financial advice provides regardless whether monies are being invested.

When Mr Cooper makes reference that since the RDR reforms have been introduced in the UK, the cost of advice has risen, he is actually referring to the fact that when the fees are now more visible, understood and transparent, consumers aren’t buying the product. Being now more aware of costs than in the past when costs were ‘hidden’ in percentages or paid over long period of time via on-going commissions or trailing income, consumers are understandably questioning value.

When he refers to an interesting piece of unnamed research from Deloitte which quotes there are now 5.5 million disenfranchised UK customers who ceased using financial advisers or lack access to advice, he suggest  RDR as a cause. Potentially, but he surprisingly doesn’t mention the global financial crisis (GFC) which was the trust-breaking point for consumers around the world when it comes to who to trust for financial advice. No wonder consumers everywhere are disenfranchised, the uncertainty and financial scars from the GFC are still fresh.

In fact, thanks to the lessons and analysis of the GFC, the drafters of the RDR legislation in UK, like the original drafters of FoFA legislation (and APES230 guidelines) were all potentially looking further into the future than today’s bankers. Those whose fingerprints were all over the original drafting of proposed legislation probably knew that shaking the status quo to make pricing of advice more transparent, would be a steep but necessary future path to ensure consumers obtain greater financial confidence and certainty.

Are Mr Cooper’s references to “achieving the right balance” banker talk for maintaining more of the status quo?

Hopefully not as prior RDR and FoFA only a minority of consumers in UK or Australia were seeking the advice of financial advisers. The status quo wasn’t working and the number of our government enquiries alone (Campbell, Wallis, Cooper, Ripoll and now Murray) should hint that our fast-developing financial services marketplace needs continual checks and balances.

It should be noted that the status quo has provided the background for Australia’s big banks to become some of the strongest companies in our country and perform well compared to their global peers.

So is Mr Cooper’s pessimism justified?

There are a growing numbers of young professional financial advisers emerging that are serving Australians with valuable advice. We can’t begin to predict the innovative, competitive and efficient trends that greater competition for transparent financial advice will bring to more and more Australians. The financial advice market (not financial product market) is still in it’s infancy. Its message is being consistently trampled by the massive incumbents understandably focused on market share and returns to shareholders. The incumbents abhor any notion of new ‘fees’ for advice coming from the infant advice profession – a new bank fee? You have got to be kidding!.

Bankers stand to benefit from the cultivation and development of this infantile advice profession as much as the new advice groups.

My hope is that bankers bank on their banking future by refocusing on being great bankers.

I hope they re-consider their original business models, which aren’t too dissimilar to those at Coles, Woolworths, and Boeing. Focus on developing superb financial products which is their core expertise. Leave the distribution of financial advice to professionals who have the expertise, passion, focus and abhor conflicts.

Now is the best of times to ensuring both can be achieved.