Is there something burning? – Part 3 of those First Crucial Five Minutes 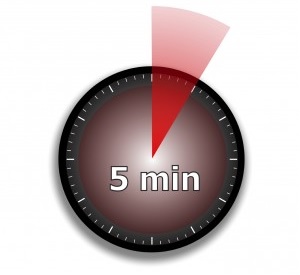 There’s something about a burning smell that’s hard to ignore.

Instinctively, that smell distracts us until we can locate the cause or origin.

Which is why it’s SO important to address anything that might be ‘burning’ in the financial lives of our clients as soon as possible in those first crucial five minutes of every client engagement conversations.

If a client has a sense that something is ‘burning’ in their financial lives and you don’t acknowledge, understand or address that issue, chances are they’ll be distracted by their ‘issue’ until they can investigate it further.

So always explore for the burning issue.

But, be very careful how you do.

You could open a pandora’s box.

Firstly, let’s review those first precious minutes of a client engagement meeting, then we’ll come back to how to best handle a burning issue.

Prior handling the burning issue, you’ve taken control of the meeting by setting the context (i.e. Part 1). Then you’ve stressed the importance of trying to avoid assumptions surrounding what is about to happen, or what you do, or what is the value you aim to provide in the coming 12 months.

Now, hopefully still about 2-3 minutes into the meeting, you explore the burning issue by saying something like…

Is there one burning issue you want to ensure we cover this meeting?

The ‘trick’ is to keep control of the conversation so that the burning issue conversation (if, in fact, there is anything to discuss) doesn’t take more than another 2 minutes. For if it does, it has the possibility of dominating the agenda or worse potentially causing you to lose control of your meeting.

We have reviewed many hundreds of client meeting transcripts over last ten years. How often do we see ‘show stopping’ burning issues that require the adviser to significantly change tact? Can you guess?

Less than 5% of the time there is a real fire burning that needs immediate attention in the minds of professional advisers.

So, what have we learned from this.

Beyond about 1 meeting in every 20 when you might hit a real show-stopping burning issue (“…we’re getting separated!” or “…it’s June 28th and this has to be fixed by end of financial year!”), don’t change your agenda, don’t let the client take control, stay on track. Don’t falter.

Make a note on your agenda, promise to handle the issue that’s burning them (that’s provided it doesn’t take 30 seconds – and only 30 seconds – to handle there and then). I believe too many financial advisers too willingly let their clients take control of the meeting at this point and lose focus, momentum and meeting control.

The habits that a meeting develops in the first five minutes tend to last the whole meeting – set the right meeting habits.

You are the professional, and 19 our of 20 times you should respectively acknowledge their burning issue and then promise to address it later in the meeting.

Then get back to your agenda.

Allowing clients to dictate the agenda is similar to allowing noisy kids dominate a classroom and a teacher’s focus, attention and learning plans.

Whilst maintaining all due respect to our clients, you need to take the self-appointed chairperson role in your meetings.