Limited by your own advice beliefs – Part 1 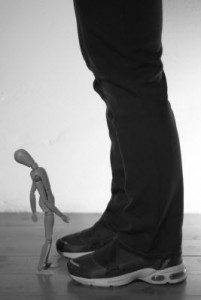 I was running one of my one-day advice workshops the other day in Brisbane.

We were talking about the calculation and pitching of advice fees in second and subsequent years when one of the attendees, an ex-ANZ Private Banker, made a comment along the lines of something like “…a lot of the work is always in year one”.  His sentiments were quickly agreed to by most around the room.

Then Lance Cheung, a director from a ‘tiny giant’ firm (i.e. small now, below everyone’s radar, but in my opinion is destined to become a giant in reputation in the near future) called Parinity (www.parinity.com.au) based in the Brisbane suburb of Ascot simply asked “Why is that?”

Lance is relatively young compared to some in the room, so many of the older experienced attendees made the common assumption about Lance’s question and proceeded to share their own views that most of the financial issues in their advice clients lives are solved with a comprehensive financial plan and statement of advice in the initial year of engagement. After first year, matters generally ‘settled down’ to more of a ‘maintenance’ approach in the financial lives of the clients which equated to less ‘heavy lifting’ in their second and subsequent years of engagement.

As the other heads in the room starting nodding in unison, Lance said, “That hasn’t been our experience.”

He explained to the group that many of their clients fees increased as their advice relationship developed.

“We broaden the scope of our engagement to meet the expanding financial needs of our clients,” Lance said.

“What type of clients do you generally work with?” someone asked.

“What do you mean by financial complexity?” someone else asked.

“Financial complexities vary for every client and even for every year for every client. They are most often behavioural, as in they have too little time to manage their financial affairs, or too little experience and knowledge to objectively make the best financial decisions, or are too influenced by the financial pornography masquerading as quality financial advice they get from mates, advertising, newspaper commentators and others.”

“So are you saying complexities are just the mindsets of your clients?”

“Not only that. We find behavioural complexities common between life partners, each wanting different outcomes at different times in their lives. Complexities are often plague-like between business partners and broader family members where emotions, feelings and prejudices can run high due to strong differences of opinion about money.”

“What about the complexity of the advice?”

“So what do you say when your client asks about second year fees?”

“We don’t know what second year fees will be. We do know that our fees will have to represent value to them as well as representing value to us. If we can’t show that, then we won’t work together. You don’t ask your doctor what will next year’s fees be. Similarly, whilst we might have an idea of what a base fee might be next year, we don’t know what new complexities we’ll be working with either in their lives, the market, the new products and ever-changing legislation”.

Listening to this workshop discourse (and this is only my memory of it), I was struck by the gap in mindsets, beliefs and thinking between Lance and some of his more experienced peers around the workshop table.