Stuck for the wrong reasons? 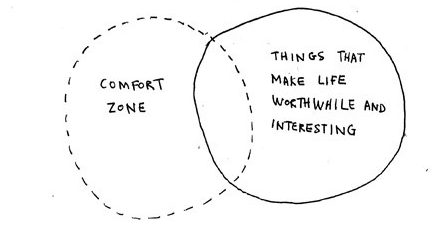 “The thing always happens that you believe in; and the belief in a thing makes it happen.”

I had this good advisory firm client north of Brisbane.

They were delivering great advice. Their prospect list was growing. They were forging solid advice niches, working within a good network of advisory firms, doing some clever things with their clients, using the latest technology-driven systems and had a good ability to attract up-and-coming talent to the firm too.

Unfortunately, we couldn’t agree on their next growth steps and I dis-engaged.

I could not convince all the partners that their pricing was driving them into early graves caused by inevitable harder and higher levels of sustainable activity. The workloads were not being relieved by more team members. It was the opposite. The addition of more team members inevitably created more workloads on the more senior team members.

They were losing the tug-of-war caused by their success, their growth, their pricing, their propositions and their clients. While their top-line revenue was bullish, their stress levels were becoming unmanageable.

Many firms get stuck on the wrong growth paths of their own making.

I see lots of wrong reasons as I advise firms how to realise, price and focus on the true value they provide clients.

One of the biggest ill-placed impediments is the over-thinking, beliefs and worry of the potential many ‘bad things’ that might happen if a firm’s pricing approach were to change.

While it is normal and predictable that all businesses occasionally get stuck, staying stuck for the wrong reasons does not make sense. When advisory teams get ‘stuck’ on their pricing, the consequences eventually saps their confidence, missing a crucial ingredient needed for change and true growth.

Why do principals of advisory firms prefer old pricing models forged back in the industrial days of product distribution? Why does the industry still have an obsession with a future that’s based upon serving more ‘higher-net-worth’ clients when the real search is for clients that value the advisory relationship?

I reckon it’s because most advisory teams are stuck on the wrong belief that their pricing level is welded to a product or effort level. It’s not, it’s welded to value.

I also reckon there is a lot of value-scepticism among advisory teams. Driven by a culture of perfectionism itself fuelled by an over-developed concern of what their clients, their peers, their licensee, their network will think, firms have an aversion to ‘failing’ in their pursuit of better pricing.

They have heard and realised the importance of managing failures when attempting sustainable progress, but advisory teams are overly hesitant to consider failing when it comes to their price. Their price has to ‘be right’ or they risk looking like a fraud or a ‘rip-off’.

My former client was getting stuck in an anxiety cycle over-thinking the negative thoughts and bad things that might happen if they were to change their pricing. They acknowledged their workloads were getting worse, they also acknowledged that just hiring more talent wasn’t working as hoped, but they could not collectively acknowledge their old approach to solve workloads might be part of the problem.

This is a common reaction.

Sometimes there are mountains that need to be moved and mountain-moving equipment is needed. Strategy requires more than a commitment to wearing a life jacket when growth gets tougher.

At a time when our world is emerging from the extraordinary era of Covid, and most are already overflowing with uncertainties, it’s understandable that any additional uncertainty as to how to best progress your advisory firm might seem crazy.

However, I reckon Australians have never needed a valuable financial advisory relationship as they do now. Engage, price and commit to delivering on client value.

PS – What happened to my old client? Their dealer group was ‘wrapped-up’ into a big buy-out early last decade when the institutions were buying their growth. After a mandatory two year retention, most of the original principals I had dealt with left the industry to retire or pursue other interests. Was it a happy ending? For the principals probably, for their clients and team members without equity, I’m not so sure.