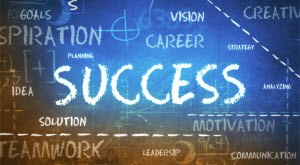 When people hear the ‘certainty proposition‘ for the first time, no matter how much they might like the sound of it, they understandably ask how will they be able to determine the value or success of this approach?

Prior the delivery of a ‘certainty’ proposition, the majority of advice propositions focused on the value of what was being offered (i.e. specific tax, investment, or risk advice), rather than why these offerings and products might play a valuable role in the unique financial lives of the clients purchasing them.

For reasons best tracked back to the product origins of today’s financial planning industry, consumers have focused on determining the value of specific mortgages, investment returns, self-managed super funds rather than the destinations these products may lead them to. It’s like a focus on engines, tyres, fuel economy without regard to driving ability, driving destination or mindset of the person behind the wheel.

Prior ‘certainty’ propositions, advisers focused and were primarily paid for selling specific components to support their path towards nebulous concepts of ‘retirement’ or ‘financial security’ (and the GFC proved that lots of these components held deep and secret specifications favouring sellers not buyers). Now with ‘certainty’ propositions, an advisers role is to provide the greatest certainty on achieving specific financial destinations taking into account all potential routes and methods of getting there knowing there will be expected and unexpected waypoints in the journey (not all of them on a ‘road’ system).

So, how to convey the ‘value’ of an approach based upon greater ‘certainty’?

The ‘outcomes’ for certainty propositions are qualities such as ‘confidence’, ‘peace of mind’, and ‘less stress’. These all mean different things to different clients and can also provide different value at different times. These responses can also been seen as weasel ‘motherhood’ statements that any adviser, good or bad, might incorporate in their ‘sales’ pitch. And with only 18% of Australians trusting advisers, you’d be right to assume that the audience is already a tad skeptical.

It sounds tough, but in fact, the answers become fairly obvious once in or past a ‘certainty’ conversation.

After a ‘certainty’ conversation, advisers will be aware of the value they need to add and what future ‘success’ looks like.

For instance, post ‘certainty’ conversations advisers will be aware of the ‘bad’ financial habits and thinking that need rectifying or support if financial goals are going to be best achieved. For instance, knowing that a couple have consistently bypassed the ‘hard’ financial decisions that have continued their living beyond their means provides the clarity as to the value required to achieve unmet aspirations.

After a certainty conversation, advisers will be well aware of the ambitions that remain as vague hopes – another means to add value and potential release these aspirations from the ‘too hard basket’.

Just last week an advisory client of ours shared a regular experience where they now commonly add their value – just getting couples talking constructively about their money, their money dreams, and their money frustrations. Time and again ‘certainty’ advisers add value by professionally and regularly leading couples into conversations into the previously “don’t go there” territory too often off limits in the lives of busy families. Lots of these conversations should have been held earlier, but due “too hard” or “it will all work out eventually” or “where do you start” or “don’t want to rock the already delicate and difficult boat” these conversations don’t get their much airtime.

‘Certainty’ advisers also add value by changing attitudes and anxieties about money too often ill-founded by years of listening to a media following fads (think self-managed super funds), supporting the advertorials from product-based advertisers, trying to keep up with peer groups, or sensationalising a world event for their own financial good (i.e sell more news) over the public good. Financial common sense isn’t as sexy as the latest trend that might deepen the gap between financial dreams and financial realities.

Of course, ‘certainty’ advisers also add value like every good adviser before them. They help assets grow, they manage risks, they protect the income flows that fund required lifestyles, they aid in negotiations for property or other significant purchases and they help navigate through the financial ramifications of windfalls and tragedies. They make life all that more financially certain.

So what’s the best response when asked how ‘success’ of the engagement will be determined?

Post a ‘certainty’ conversation, it should be clear – so conduct a ‘certainty’ engagement and trust that the outcomes and specific values will be understood afterwards.

But how are you meant to respond if you haven’t conducted a ‘certainty’ conversation, and the enquirer wants some idea of the value of your ‘certainty’ approach? Like a doctor suggesting it’s hard to diagnose without an examination to prospective patient – you can’t fake an answer as you simply don’t know until you have a better understanding. The only response can be

“..we only take on clients that we can add lots of value to, but until we understand the value, we can’t predict what that might be.”

If the prospective client isn’t prepared or won’t doesn’t appreciate that response, that’s OK as you’re not trying to ‘sell’ someone into an advice relationship they aren’t ready for. Take the potential gift of time these hesitating prospects are giving you. Leave the door open for their potential return, but focus on those who want constructive conversations to achieve uniquely what they want to be financially.