You just can’t afford to ignore them… 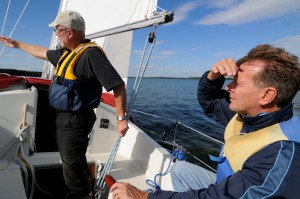 But its not an excuse to ignore the careers, aspirations, goals and hopes of your ‘up-and-coming’ talent.

No 25-34 year old up-and-coming talent in your firm is going to peg their future on your ‘good intent’ or talk about their future potential ‘ownership’ and ‘aligned remuneration’ – they want substance, specifics and commitments. As you would if you were in their position.

They aren’t going to buy your story, that ‘things just aren’t right at the moment’ as you aim to protect your cash flows and maintain your focus on a busy and stressful time.

These people ARE your best prospect of long term prosperity.

They are more than another ‘distraction’ on your ever-increasing to-do list. They are the ones that will buy your business from you, take it to new levels and possibly, just possibly, continue to pay you a dividend long after this 2008/13 downturn.

I met with a great example today.

At 34, he’s been with a Melbourne firm for five years, he’s respected with all the clients and alliances, helps run the office, is married with two young boys, a sizable mortgage and committed to the firm.

He said to me that he feels he is just chasing his tail. He likes his principal, but he’s no closer to understand the how, when, how much and what has to happen for him to become a partner, shareholder or director.

Too much more inaction and I reckon he’s out of there.

Why is this a common occurrence?

His principal is a great adviser.

However he’s no business person.

Founders are people who are used to having their board room meeting with themselves in their shower every morning. Their incompetence at addressing the topic of succession, the valuations, the process, the timings, the portions to be allocated, gifting or selling – grows as quickly as the impatience of those ‘waiting’ for meaningful dialogue and real plans being established.

We believe the ‘equity/remuneration’ plan discussions start at the hiring, but NO equity or valuation promised within the first twelve months.

It’s hard stuff for both parties.

For the founder, letting go of part of his business and sharing it with others is like letting go of his 16 year old daughter who craves the wide exciting world beyond home. For the up-and-coming-talent, he is full of assumptions, untested aspirations and inexperience as an owner, unsure if he should be carving out his own operation.

LIke all tragedies, the solution is relatively simple – don’t put the topic of succession in the too hard basket – talk about it, draft plans, make commitments.