Thanks, but no thanks… 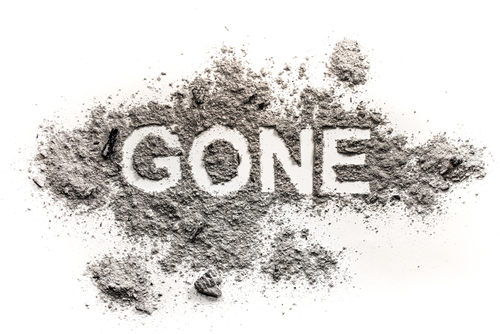 She made contact when a good advisory client did not re-engage after only twelve months of working together. While she didn’t expect every client to re-engage and the vast majority were re-engaging, this case was different because of her surprise with their decision.

Jenna had conducted a re-engagement meeting with her client, a busy lawyer and her life partner. It went well. A lot had been achieved in the first year, however, the couple had ambitious and challenging plans for both their family and professional futures.

The client was a busy senior partner in a law firm in Perth. She was in high demand as a specialist in contracts law primarily for corporate clients in the resources sector. Her firm was growing as solidly as iron-ore demands from fast-expanding Chinese markets. Jenna’s first sign of an awry decision was the month of follow-up calls and emails to obtain a response. Jenna knew her client could be forgetful, but it was different behaviour.

When the busy lawyer finally made contact, she apologised for her tardiness and was thankful for Jenna re-engagement proposal. She and her life partner had discussed and considered Jenna’s re-engagement, and they had decided the value wasn’t there for the fee quoted.

The client then asked if Jenna would consider an ad-hoc engagement approach whereby Jenna would charge just for her time as it might be needed.

Jenna hesitated, still a bit disoriented by the surprise of the lawyer’s decision to not proceed. The client asked Jenna to get back to her regarding a possible model of future ad-hoc advice as it was an attractive option for them. Further to Jenna’s surprise, the client then provided a referral to another colleague and senior partner in the same legal firm.

Jenna was surprised both by their decision not to re-engage and their referral.

She reasoned it was understandable and probable that the lawyer was seeking an engagement approach similar to what she offered her clients – i.e. call me when you need me. But on reflection, her surprise was just the first reaction driven by a richer, more powerful reaction of financial concern for their financial futures.

She believed the couple would not progress, but backtrack along the very path they seek.

While successful as a lawyer and with more opportunities than she could probably address, the client had openly shared and admitted how frustrated she becomes with her own impulsivity which has badly affected both her personal and professional decision making. This had resulted in instances when the lawyer had started many attempts and new projects to work less, or to undertake a new non-work project, which was eventually smothered by her work commitments.

Her life partner had come to accept this as just the way it was, but it was clear to them both that work was cluttering their personal lives and thwarting their personal ambitions. Their desire to build a family continued to be postponed until they were better prepared. Though significant, it remained a hope.

The lawyer had a leaning, an almost addiction, to the adrenalin of her work and the opportunities before her. She reasoned the hard work would ultimately enable her to enjoy more personal time and focus on non-work projects important to her.

Jenna’s concern that shifting their advisory relationship to an ad-hoc basis, would convert their relationship into another one of the many projects in the mix of the lawyer’s other half-finished projects. None of these had yet influenced or changed the constant stimulation that was dominating their personal and financial lives.

We helped Jenna devise a response with three components for an upcoming conversation.

After respecting their decision not to proceed, Jenna firstly focused on the intent of her advice and support for the coming year. She outlined the progress she had expected them both to achieve. Such as the home renovation project to cater for a growing family. Such as forging an agreement with her legal partners regarding her family hopes. Such as the removal of constant weekend work. Such as helping her life partner leave his high-paying institutional job to pursue a venture more aligned with his parent’s wine and hospitality heritage.

The second part of her response focused on the options before them. The consequences of taking their preferred route of ad-hoc engagement would probably entail repeating the same habits of the past few years which was constant growth, constant demands and reducing their priorities in favour of the work priorities. Another option was a ‘partial’ approach to focus on just one of their hopes which were in their partial best interests. The final option was the re-submission of her preferred approach to achieve their broadest best interests by addressing the fundamental habits, mindsets and plans of their personal life.

The third component of her response simply re-stated what Jenna understood as the value they both seek and her confidence that the forward relationship would provide the progress they value. It wasn’t a question of costs, it was a question of value and only they could determine that.

Progress in the second year has been tougher than the first year. As is often the case advising on technical progress is easier than advising on personal progress.

These clients of Jenna’s have become a bigger challenge and a bigger advocate.

Jenna and her team are more confident of their role.

But most importantly, Jenna and team understand the worth of their role is always in the value their clients seek, not in their products or their efforts.

What’s your take out from Jenna’s experience?