The Financial Relationships in our Lives 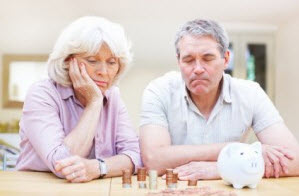 Financial Relationships are the third of four essential balancing acts of a comprehensive financial adviser.

So was his partner Silvia.

The pressing issue to resolve was the universe of differences between their hopes.

He insisted his retirement plan had always been based upon getting a bigger boat to fish the deeper Snapper reefs out from Sydney’s Queenscliff beach.

New boats meant little to Silvia, except for more evidence of her partner’s growing self-centeredness. She had put up with his weekend fishing ritual with little consideration of her and family all her married life.

She wanted their retirement plans to pay more respect and attention to what is significant to her.

He reckons he’s been crystal clear their thirty years together that his retirement was going to be full of fishing trips. He couldn’t understand why Silvia was so resentful that he wasn’t interested or enthused to consider downgrading the family home and potentially find a holiday spot down the coast where Silvia’s sister and family had a place.

He’s a fourth-generation sheep farmer. Married, two young kids with another one the way. The debts with banks and on credit cards were already making him feel sick. Yet a plan, or rather an ultimatum, from his brother the previous night required an almost doubling of existing debt.

The long-held family property is divided equally between the two sons. Paul’s elder brother – George – was convinced more debt was required to forge better returns as their land needed radical new approaches in the inevitable climate-changing future to make it work.

George’s plans for massive boundary-marking pest fences that the ever-increasing mobs of kangaroos couldn’t jump over, would turn their land into an oasis. While this would ensure whatever rain fell would provide feed for their sheep it would not only require significant new debt but also upset and face opposition by neighbours as the oasis would push more pests back onto their lands.

He felt sick considering how he would be explaining Paul’s plans to a wife already struggling to perform the role as the family’s most consistent wage-earner managing tough nursing shifts at the local town’s hospital while juggling two kids under ten and expecting a third.

Relationships can make us and break us.

To paraphrase John Donne – no man is an island, particularly financially.

Any financial advice approach for Silvia, Joe, and Paul highlights the dangers of making assumptions, particularly financially, between partners whose financial lives are interwoven.

An annual check-up with a familiar doctor usually involves obtaining the latest blood tests, blood pressure measures, weight checks and probably a discussion about overall well-being mentally as well as physically. However, when reviewing short and long-term financial health, an annual financial check-up doesn’t consistently, methodically and specifically check the assumptions, hopes, plans, and behaviours of those significantly involved in our financial lives.

Financial lives are significantly, frequently and unfortunately too often, negatively affected by the plights faced by Joe and Silvia, Paul’s family and his brother.

No exceptional return from any recommended fund will outweigh the damaged caused to financial lives by the lack of comprehensive financial advice to address, manage and plan valuable forward paths that treat relationships collectively and individually.

For over 30 years, Jim has influenced, coached, and consulted to advisory firms across Australia. His firm, Certainty Advice Group coaches, trains and is building a growing Advice Group of firms delivering comprehensive, unconflicted advice, priced on value and impact provided. The community of advisory firms align with Australia’s highest and only ACCC/IP Australia Certification Mark standard of comprehensive, unconflicted advice – Certainty Advice. He is also an author and keynote speaker.